Back
Close Up
January - February 2019

Tractor market: Europe is down, the United States is growing

Sales of tractors on the European continent decreased by 10%, with particularly marked declines in France, Germany and Italy. In the global landscape, the positive trend of the US is confirmed, with sales in Brazil and Russia recovering. The market in Turkey is in crisis due to the unfavourable economic situation and the currency's devaluation 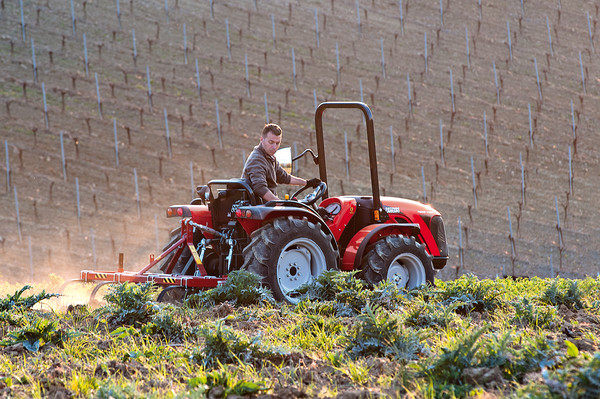 In Europe, 2018 closes with a sharp decline in the sales of tractors. Data based on figures provided by Systematics, indicate a total of about 177,300 tractors registered, with a drop of 10% compared to the previous year. The decrease is particularly pronounced in the main countries: France sees a -9% with 24,700 machines, Germany marks a drop of 18% (27,700 machines), Italy records 18,400 units registered with a 19% deficit, while a smaller decrease is found in Spain (-5% with 11,400 units). The contraction of sales in all the main countries is interpreted by the manufacturers’ associations as the pullback from the “boom” of registrations that took place in 2017, driven by the need to sell and register in any way possible the machines in inventory before the implementation of the Mother Regulation (European legislation that set new criteria for the registration of vehicles starting January this year). This in an international context that sees the United States clearly growing, according to data released by the association of world manufacturers Agrievolution.
The US closed 2018 with an increase in tractors equal to 7%, for a total of 235,000 thousand units, after recording a increase also in 2017 (4% with 220,000 units). The conclusive data for India and China - the two Asian giants that alone absorb more than half of the global tractor market - is not yet available, even though the results for the first part of the year showed an increase for India and a decline for China. At the end of the year, sales in Brazil were up (+5% for 39,000 units) and in Russia (+3% for 23,300 units). Lastly, there is a sharp drop in tractor sales in Turkey, a country that has established itself in recent years as one of the largest markets in the world, but which pays for the economic crisis and the currency’s devaluation with a significant slowdown in investments in agriculture, recording a collapse in sales of 34% with 48,000 units.