Back
Close Up
November 2015

Tractors braking on the European market

Data compiled by CEMA, the European agricultural industry association in Europe, underscore the substantial decline in tractor sales in the first eight months of the year. The negative trend for the Italian market is continuing but signs of recovery might be seen next year. The head of the Italian Agricultural Machinery Manufacturers Federation, Massimo Goldoni, said the arrival of public incentives in 2016 for the purchase of agricultural machinery could stimulate the market but it must not be forgotten that there are still European Union funds in the Rural Development Plans which will return to the EU coffers if they are not committed 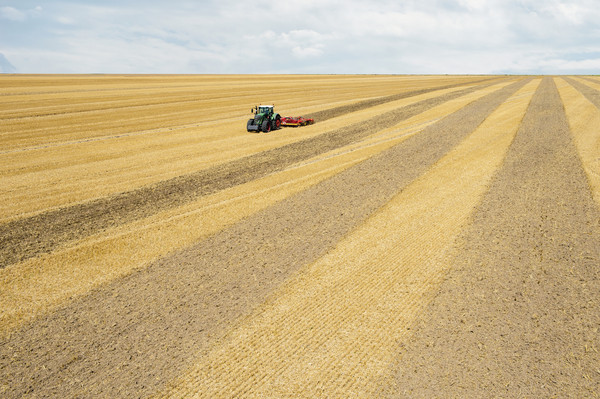 Over the first eight months of the year tractor sales in the major European countries showed a drop of 7.6%. According to the estimates of European agricultural industry association in Europe, CEMA, which brings in statistics on Turkey as well, the number of machines registered stopped at 109,000 units compared to 117,000 moved in the same period in 2014. The census figures for all the countries were substantially down: France by 4.4% with 19,000 tractors registered in the period considered; Germany off by 8.7%, 21,200 units; the UK falling 16% with 8,700 tractors moved. FederUnacoma, with data elaborated on Ministry of Transport figures, reported a less steep decline for Italy with a downturn of 3% with slightly more than 14,000 machines sold in the first nine months of the year. This drop, however, came on top of the systematic losses reported for the country since 2009 which took tractor registrations to an historic low in 2014, down to 18,178. Expectations for the full year based on the current trend are for Italian market figures below the balance for 2014 to being the total to no more than 18,000 units. The trend for other types of agricultural machinery is no different with transporters off by 28.6% with 513 units sold; trailers, down 3.8% at 7,159 units. Among vehicles registered, only combine harvesters were moving against the trend with a gain, plus 9.7% for 318 machines registered, for a sharp increase as a percentage but not very significant considering the small number of units. FederUnacoma President Massimo Goldoni remarked, “The Italian economy is slowly moving ahead and this can stimulate greater confidence and a willingness to get back to investments for the purchase of agricultural machinery and equipment but an improvement in the market can come only next year, in part because the government has recently announced the allocation of € 45 million in 2016 for the acquisition of agricultural machinery which could freeze these purchases in the closing months of 2015. “To avoid having the final quarter of the year result in a freeze of purchases,”he went on to say, “we are setting up initiatives aimed at informing farmers of the financial opportunities provided by the European Union in the Rural Development Programs, funds which are not only substantial but must be spent before December 31st to avoid the obligation to return them to the European Union coffers.” The trend for the European countries market, overall not positive for the current year, must be read in the framework of a general slowdown at the world level. Data made public by Agrievolution, the association of major agricultural machinery manufacturers in the world’s leading nations, disclose tractor sales in the first half of the year growing only in China, up 23% with more than 370,000 units sold, and in Turkey, plus 24% with nearly 30,000 units sold, whereas they declined in India, down 23% at 213,000 units; the United States, declining 9% with 43,100 tractors moved; and Russia, off by 47% at 7,200 units. The slowing of the global market, according to Agrievolution analysts, is apparently associated with the decline in income in the primary sector due to lower international commodities prices. 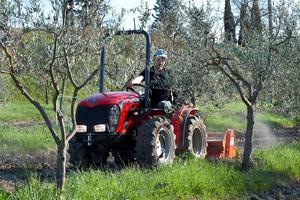