Data on sales in the main countries indicate consistent growth in the United States and India, while China and Turkey are in decline. Europe closes 2018 with a 10% drop in registrations, but is confirmed as the main exporter of agricultural machinery with a share of over 60% of the total world exports for a value of 36 billion euros 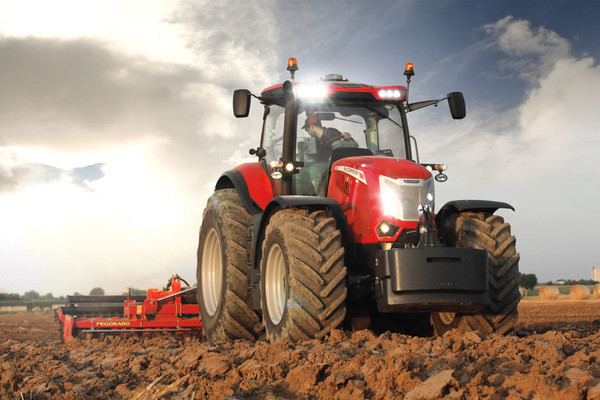 After marking a global growth in 2017 (2,153,500 units), the market for tractors during 2018 was differentiated from country to country, as a result of the different performance of the economies, especially agriculture. The United States, driven by GDP growth and the good performance of the main grain productions, closed the year with a 7% increase in tractor sales with 236,000 units, while India, thanks to an agriculture that continues to grow by 2% every year, reaches its historical sales record with about 800,000 units (+21% compared to the previous year). On the other hand, China, slowed down by the planned reduction in industrial production, as well as by the soybean trade war and swine fever, sees a 27% drop in tractor sales, with a total of just over 358,000 units. Demand is growing in Brazil (+5%), while sales drop in Turkey (-33%), a country that is suffering from an economic crisis and a devaluation.

Europe registered a total of 177,400 tractors in 2018, with a 10% drop compared to 2017. The European downturn is affected by the imbalances produced by the peak of “forced” registrations that took place in 2017, before the entry into force of the new homologation regulations (Mother Regulation) that would have excluded from the market any unregistered machines in stock. Without the anomalous increases in 2017, the continental market shows good stability, a high quality of machinery demand, and a leadership in terms of the overall value of its production. In 2017, the turnover of agricultural machinery produced was 47 billion euros, up 9% compared to 43 billion euros in 2016. By virtue of a pre-eminent position in terms of technology and the value of machinery, Europe also ranks first in exports, as more than 60% of total exports globally comes from the old continent, for a value of around 36 billion euros. However, the scenario appears to be evolving due to the advent of Asian producers, which have seen their incidence on overall exports grow in recent years, reaching 19% of world exports and matching the United States, also with 19%. An interesting phenomenon is the one concerning the market orientations towards the different types of machines: until ten years ago, tractors were 38% of the total machinery sold, while in 2018 the share for tractors dropped to 31% of the total and the share for other types of machines has grown. This indicates that the overall demand is moving towards specific equipment and types of vehicles for the various processes, confirming how much the quality and differentiation of agricultural production requires increasingly targeted technologies.