All major European countries are reporting a significant decrease in tractor sales in April as a result of the coronavirus. Spain, Italy, and the United Kingdom are heavily down; Germany holds. The prespectives of the coming months in a context marked by uncertainty 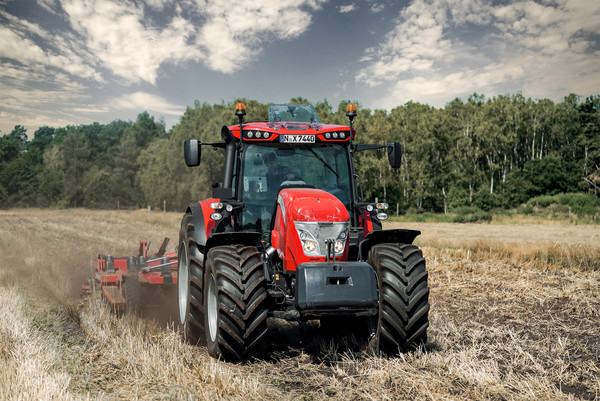 The Covid-19 effect has begun to take its toll on the European tractor market. April, the most critical month as a result of the lockdown, recorded a significant drop in the number of registrations in the leading countries. Spain was particularly affected, with sales almost halved compared to the same period in 2019 (-44.8% in March and -42.3% in April). The Spanish sector’s setback is part of a scenario characterized by a general decline in the sector, which had already closed with a double-digit stop in January and February. The lockdown also brought the British market down: April closed with -50.6% while March had seen a more contained -4.2%. Germany, on the other hand, held. Here 2020 had started with the best auspices, with the first quarter marked by a certain dynamism in demand. Yet, the Covid-19 pandemic caused a sharp reversal of the trend compared to the first three months of the year, which had seen a considerable increase in registrations (+18.6%). However, in April the German market managed to limit tractor losses to 334 units (-11.2% in 2019), concentrated mainly in the 30 to 50 Hp and 101 to 150 Hp power bands. The stop in the sector did not spare Italy: in the peninsula, 2020 began with a slight drop in sales (in January -5.5% and in February -1.5%) but the following two months saw a sharp deterioration as a result of the clump down decided by the Government to stop the spread of the epidemic. With a total of 2,185 tractors registered in Italy, the months of March and April “left 893 machines on the ground”, a decrease of 29% compared to the same period last year.   It is difficult in this scenario to draw out predictions for the coming months. Cema’s Business Barometer keeps “seeing a dark future”.
Despite being dated early May - the month in which the lockdown measures began to be loosened a bit across the continent - the climate survey carried out by the European Agricultural Machinery Manufacturers’ Association registers widespread concern.
The confidence index has been at its lowest since the 2008/2009 crisis: three out of four companies expect turnover to fall over the next six months, and three out of four expect orders to fall.
Cema also points out that the pandemic impact was also seen on the production capacity of companies (at 74% of pre-Covid-19 levels); on supplies (at 80%); and on distribution, which is working at a much lower rate than the pre-coronavirus.
Therefore, uncertainty prevails in the current market scenario, because of the many variables in the field, starting with those relating to the farmers’ capacity to spend and invest, and to possible public policies to support the sector.
Of great importance is also the re-establishment of full production and distribution capacity in the supply chain, especially in countries like Italy, which have adopted highly restrictive measures. But the real unknown of the coming months is linked to the evolution of the pandemic. The reappearing of the virus, followed by other lockouts, could only dampen even more a sector already affected by the emergency.