Veronafiere-FederUnacoma accord, the revival of agriculture mechanization

New agreement between trade fair agency and manufacturers' federation. The 2005 agreement is implemented and the collaboration between the two organizers is confirmed to strengthen the mechanization sector 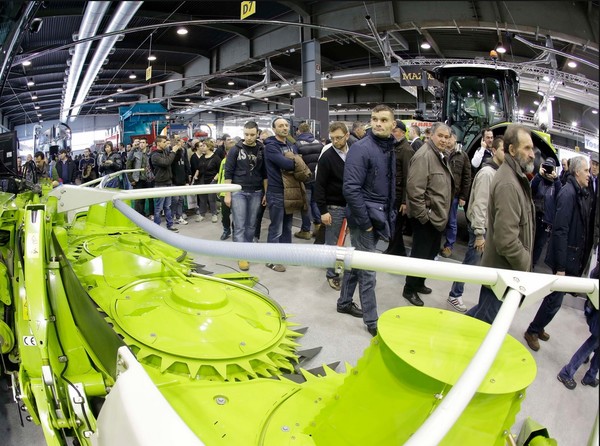 Veronafiere, leading direct organizer of trade shows in Italy, and FederUnacoma, association representing manufacturers of agricultural machinery belonging to Confindustria, have entered into a collaboration agreement for the 2016, 2018, 2020 and 2022 editions of Fieragricola, international event dedicated to the primary sector. The agreement was signed in recent weeks and will already be operational with the 112th edition of Fieragricola, scheduled from Wednesday February 3 to Saturday 6, 2016. “The agreement with FederUnacoma - said the Chairman of Veronafiere, Ettore Riello - is an implementation of the agreement signed in 2005, confirming the partnership to strengthen the mechanization aspects of Fieragricola and completing a calendar of international events dedicated to mechanization that already includes EIMA International, the biennial exhibition held in Bologna, organized by FederUnacoma, specifically focused on agricultural mechanization.” The agreement makes it possible to optimize the national exhibition offerings, allowing better planning of investments in promotion and marketing in Italy and abroad, brought about by a synergy on the Italian market and on foreign markets between Veronafiere-Fieragricola and FederUnacoma. “Mechanization is a key factor for the development of agriculture - states FederUnacoma Chairman Massimo Goldoni - and it always arouses great interest among the public. A qualified presence of the agricultural engineering industry and a wide range of technologies help make a trade show always new and attractive. I think the innovative strength of agricultural engineering - adds Goldoni - combined with the great tradition of Fieragricola and its historical relationship with the operators of the primary sector will be the key to success of the next editions.” “We are convinced that, despite a global scenario showing a 3.2% decline in tractor registrations in the world – said the Director General of VeronaFiere, Giovanni Mantovani – the recovery of exports for agricultural machinery produced in Italy will begin in the next 6-9 months.

This will be aided by the euro/dollar exchange rate and by the attractive force of international events such as Fieragricola, which in its latest edition in February 2014 was attended by more than 140 thousand visitors, an 8% increase, from 103 countries.”

Fieragricola of Verona is one of the most important events in Europe for the primary sector: agricultural engineering, animal husbandry, renewable energy, multifunctionality, pesticides, vineyard and orchard. 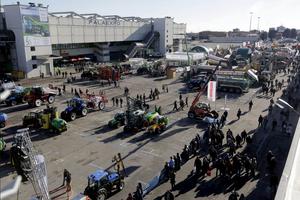