The Dutch group ATG, thanks to the acquisition of the Alliance, Galaxy and Primex companies, has become one of the world's leading manufacturers in the off-highway tire sector. The Amsterdam company works in 120 countries and can boast a turnover that in 2015 reached almost 600 million dollars 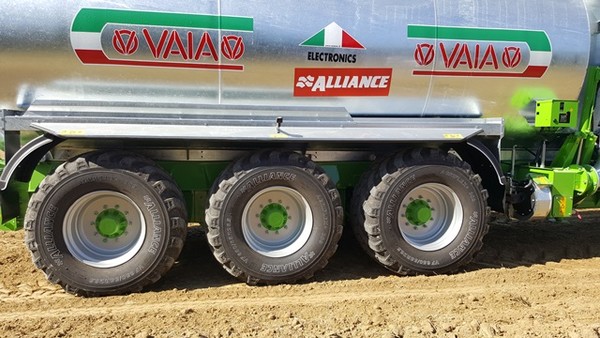 Three major tire brands, Alliance, Galaxy, and Primex, gathered under a single label. That of the Dutch group ATG (headquarters in Amsterdam) that is specialized in the design and production of off-highway tires and has obtained the control of the three brands since the second half of the 2000s, through a two-year process.   The first company to be acquired was, in 2007 - the Alliance - followed in 2009 by Galaxy and Primex, which together created a true giant in the OHT segment: an entrepreneurial reality working in 120 countries with a total turnover of about 600 million dollars (2015). But the growth of the group did not stop with the acquisitions of Alliance, Galaxy, and Primex, as from 1st July 2016, ATG became a 100% subsidiary of the Japanese Yokohama Rubber Company (YRC), the eighth largest tire manufacturer in the world (turnover of 5.59 billion dollars). «Our mission - it is reported in a technical note of the ATG Group - is to give the market constructive solutions with an optimum quality-price ratio. In order to do this, we focus on innovation, technology, rationalization of logistics and factory processes “.  A business strategy aiming at both optimizing the cost structure, through interventions in the production chain, and enhancing the quality of the final product.  And in this regard, the group synergies, starting from a truly global presence, are really helpful.  The ATG Group, in fact, has three production plants: one in Israel, in Hadera, and two in India, in Tirunelveli and in Dahej. Again, in Asia, the Dutch company can boast partnerships with Chinese and Taiwanese companies. The production is local, entrusted to local companies, but the standards are as high as those signed ATG.   The Dutch company’s note goes on: “For us, these plants and these collaborations are of great strategic value because they let us have a direct line with farms, contractors, and farmers. This is how we are able to understand their needs, that differ from region to region, and to offer customized, tailor-made solutions ». In addition to the production facilities in India and Israel, and to the partnerships in China and Taiwan, the ATG Group can boast decentralized offices in the United States and South Africa, and important representatives in Argentina, Australia, Brazil, Canada, France, Germany, Spain, Italy and in the Scandinavian countries.  Since 2009 until now, that has acquired its current character, the Group has come a long way but has no intention of stopping.  Moreover, the medium and long-term objectives are clear: becoming one of the leaders in the agricultural, forestry and construction sectors, and acquiring niche markets in the earth moving, port and in the underground mining sectors.

AGRI STAR II, the tire that sheds its skin

Alliance A585, a versatile tyre

F344, the innovative tyre by Alliance

BKT, an innovative and sustainable multinational

The new VT-COMBINE tires by Bridgestone