E-commerce in the gardening sector

In these years all businesses, industries and retailers are mapping out their futures in light of the arrival of e-commerce and the influence of new technologies on the way consumers make their purchases. Also the gardening and mechanization market is increasingly using the opportunities offered by the Internet. The players in this sector are growing and becoming more and more efficient 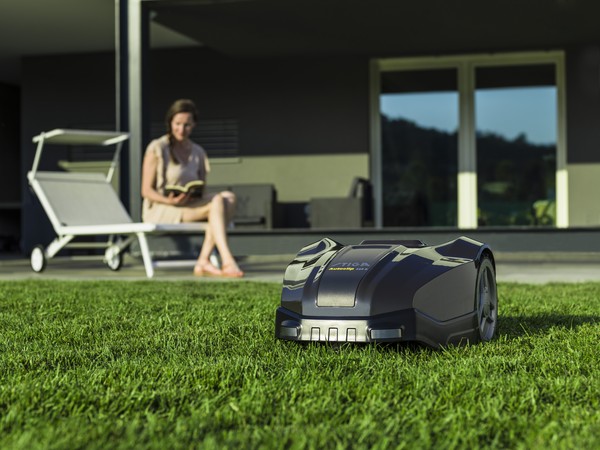 “E-commerce is the second revolution in the world of business, similar to the arrival of big distribution in the 1970s,” said John Herbert, the general secretary of EDRA, European DIY Retail Association, which represents home improvement and gardening retailers in the European Union area. Herbert delivered his comment at the opening of the Global DIY Summit in June 2013 in Rome, an event promoted by the EDRA distributors and Fediyma,

European Federation of DIY Manufacturers, held every two years on various venues and issues. The theme for the Rome summit was Multi-Channel, that is, the repercussions of the Internet on consumer purchasing.

At the time, some considered that Herbert was exaggerating but only three years on, we are aware that the effect the Internet has had on business has actually been revolutionary for some markets. It is enough to stop and think that the biggest taxi company, UBER, does not possess any cars, the biggest publisher, FACEBOOK, does not produce content, just has AMAZON, does not run any shops, and Airbnb does not manage any hotels. Welcome to the new digital era!

At the global level, online purchases generated business of $ 2,292 trillion in 2015 for a 25% increase over 2014. The major markets were China, $ 700 billion, the United States, $ 595 billion, with the Amazon colossus reaching $ 98 billion in Europe in 2015, and Alibaba along with Jingdong Mall controlling 80% of the Chinese market.

According to data made public by the Netcomm consortium last May 18, 49% of world business is handled through such services as publishing, home banking, tourism, online gaming and the like whereas 51% is accounted for by the sale of physical products, equal to 7%  of all retail sales.

According to data from the Osservatorio e-Commerce B2C of the Milan Polytechnic School of Management, 41% of these sales are physical products and a gain of 45% is expected by the end of 2016. This means online sales in Italy now come to 5% of all retail sales and 3% of hard goods for percentages which put the country at the bottom of the classification of the European countries.

Gardening in France, 4% of sales online

It is not yet possible to gain an understanding of the sales of garden products online because market analyses do not specifically target this sector but group it in the category homeliving or home and garden along with home appliances and air conditioners.

It must be noted, however, that the 3% e-commerce market for hard goods which distances Italy far from the UK’s 14.5% is strongly conditioned by the food market which, in Italy, is virtually nonexistent in the online category at 0.3% of total sales compared to the U.S, percentage which is ten times greater. On the other hand, the e-commerce market share is growing in Italy as well if IT and publishing products are brought in, 16% and 9% online respectively, whereas furnishings are stopped at 3%. For a comparison with other advanced nations, IT online sales in the U.S. come to 35% and to 7% for home&living.

Undoubtedly in the world of gardening there are many machines, for grounds keeping for example, which require personalized assistance for selection and post-sales services that slow the development of online sales. A recent study by the Promojardin association found that only 4% of French acquisitions of garden products are online. A forecast of reaching 35% by 2018 is based on a drive by 48% of consumers who said they would prefer a purchasing experience in a retail outlet for information and then buying online compared to 59% who reported they would prefer acquiring “in the shop”.

The big European home and garden distributors set up their e-commerce activities some time ago with an eye on multi-channeling, that is, maintaining a dialogue between the web and physical outlets.

The European leader, Adeo, on the market under the Leroy Merlin brand name retailing DIY, home improvement and garden supplies, has developed a cross-channel project with e-shopping and apps enabling customers to verify in real time the availability of products in individual retail outlets to then decide whether to have merchandise delivered to their homes or go to the outlet for purchasing in person a product made available within two hours of reserving it online. Overall, customers have help from 30 online channels, 500  instruction videos and 30 technicians on the telephone, all in operation from 8:00 am to 7:00 pm.

The second most important group is Kingfisher, with the brand names B&Q, Castorama, BricoDepot and Screwfix operating e-shops in the UK where B&Q is the leading brand, as well as in France with Castorama e BricoDepot. Screwfix has developed an interesting project for international shipping free of charge of products costing more than € 70. In Italy, the cost of delivery within 3-6 days comes to € 15 for purchases of less than € 70.

Gardening: taking off in Italy

The market in Italy is well below that of France due, in part, the slow pace and delays of the big retailers in developing the online market for gardening supplies. Though e-Bay has been present in Italy since 2004, brand names specializing in the sector began their e-commerce activities only in the two-year period 2014-15. These include Agristore, Brico Io, Bricofer, Bricolarge, Bricoman, Cfadda in Sardinia, Fdt Group, Giardineria, Leroy Merlin, Ottimax, Self and Utility (with the dominion FaidaNet.it). Even Amazon, in Italy since 2011, got around to introducing home improvement and gardening only in October 2013.

The delay with which these specialized retailers came to terms with multi-channel and e-commerce benefited the marketplace and the success of some pioneers. These independent retailers, ahead of the others, intuited the e-commerce potential and started up exemplary activities such as BricoBravo, the winner of a Netcomm Award 2016 as the best Leisure Time site, Peraga Garden Center and Agrieuro, specializing in the sale of machinery for agriculture and hobbyists.

Such enterprises as Amazon, eBay and ManoMano specializing in home improvements and gardening which manage direct e-shops use the marketplace to broaden knowledge of sales. These digital commercial centers allow everyone, retailers and producers, to open outlets which fit into the marketplace category and are amply publicized on search engines.

According to data on Casaleggio Associati presented last April, online commercial centers rose 140% in 2015 and accounted for 8% of the total market. Sales in the outdoor furnishings category on e-Bay climbed 36% in 2014 and bricolage, DIY, surged by 41% with over 105,000 products available and a product sold every four minutes, figures certain to show improvement in 2016. An even better performance was turned in by gardening and bonsai, plants, tools and motorized equipment, which grew 15% in the first half of 2015 with a product sold every 67 seconds.

At a Game Gardening Meeting Congress held last November, also Leroy Merlin disclosed interesting data on e-commerce just started up. In 2014 € 1.15 million in sales were chalked up for gardening to account for 1% of the company’s turnover in the sector. The biggest sellers were furnishings, plus 63%, garden sheds, up 82%, and barbecues, ahead 28%.

The repercussions of e-commerce

It must be said that e-commerce has been around in Italy since the 1990s but with the arrival of smartphones in 2012-13, which put the Internet in the pockets and bags, of consumers there was a leap in quality. In 2015, online sales via smartphones zoomed by 51% to the value of € 2.8 billion and accounted for 15% of all online sales. This percentage climbs by 24% if mobile tablets are added in.

The first effects showing up on the market were those in the U.S. in 2012, given the term showrooming, the practice of visiting a shop or shops in order to examine a product before buying it online at a lower price. With the use of facilitating apps such as one from Amazon, price comparisons are made simple and easy by scanning the bar codes of the product with a smartphone. This procedure is positive for manufacturers and consumers but put the retailer in the position of merely working as a passive showroom entailing great risk for the prospect of growth.

A second effect of e-commerce came with a degree of tension in pricing.

The pure player, that is, a retailer who sells online without a shop bets mainly on price leverage to attract customers which generates tensions between manufacturers and shopkeepers on correct pricing policies which take into account the overhead for managing a real shop. In real conditions, according to my analysis, the result is strong competition for some big names and products considered bestsellers. Overall, the prices of gardening supplies found online cannot be much lower than those sold in real shops. This may be because most retailers, whether in e-shop business or selling directly in the marketplace, are proprietors of fixed shops and seek to keep pricing uniform between the online price and the price at the point of sales to avoid the phenomena of self-cannibalism.

More an opportunity than a danger

What has become evident by now is that also the Italian gardening and grounds keeping market is the great opportunity offered by e-commerce and the Internet precisely for the fixed shops and the industry in the sector. This opportunity comes through the use of the web to improve customers’ purchasing experience at a sales outlet with the new services provided by the Internet, such as the option to consult on whether the products wanted are actually in the store and reserving them for later personal pickup, Click & Collect. Another possibility is online access to a much larger number of products than those in the showroom to extend the online offers and exploit what is called the long queue. This is the Home Depot practice in the United States where 35% of the gardening supplies are on display in the warehouses and another 65% on offer is available only online. These percentages differ for some more technical products. Presently Home Depot sells 111 lawn tractors in five categories of which only 18 are on show at the point of sale, 16% of the total number. 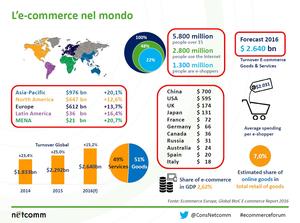 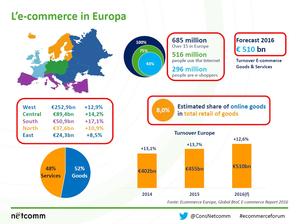 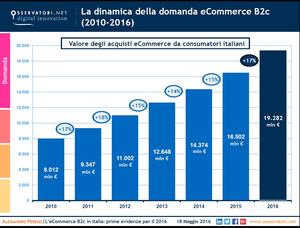 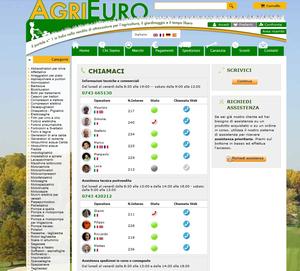 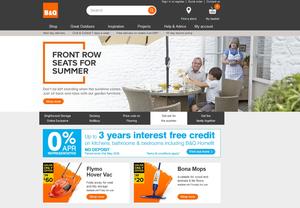 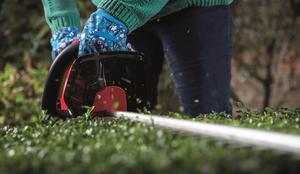 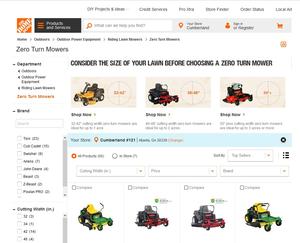 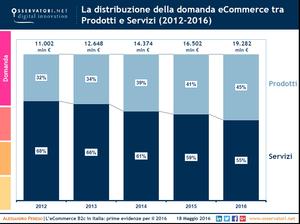 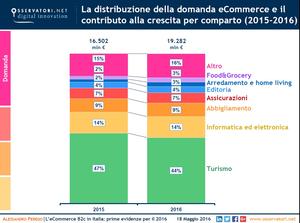