Elika1P, one of the latest models developed by Mazzocchi Pompe (the headquarters are in the Bologna area, in Casalecchio di Reno), makes its debut on the American market. This is a low-noise pump that the Emilian company had already previewed at the CTI in Berlin in December - an exhibition dedicated to technologies for transmission systems - and which recently made its official debut also in North America, at the Conexpo of Las Vegas, which took place last March. The new model by the Mazzocchi team has been developed with the aim of combining the traditional benefits of the Elika series (high efficiency, low pulsations and, as we said, low noise) with a compact design and a smaller displacement, which make it particularly suitable for applications in the automotive sector. “We are thrilled to have participated in one of the most important exhibitions in our sector and to have had the opportunity to present the new ELIKA1P pump to the American market for the first time”, commented the CEO of Mazzocchi Pompe, Gabriele Bonfiglioli.  “For us - added Bonfiglioli - North America is a strategic area, with great development potential for our business”. The American market is indeed very attentive to the most innovative technological solutions. Just like those developed by the Bolognese company, which has always had an important added value in the quality of its work, strictly made in Italy. Recognized and prized not only in Italy, but also across the Atlantic.

Rovatti Pompe, a rich range on display to Hanover 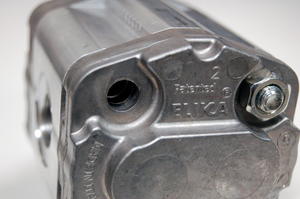