MENA Countries: a future in the agrofood sector

In the economic area embracing the Middle East and North Africa, more emphasis is given to the strategy of diversification of activities, that are now less concentrated around oil and increasingly directed towards agriculture and the agrofood sector. With these new chains, the demand for mechanization at all levels is increasing and, with it, business opportunities for the industries of the sector. The projections related to trade are alarming, with growing partnerships with China, India and Turkey on one side and, on the other side, a decline for France and Italy 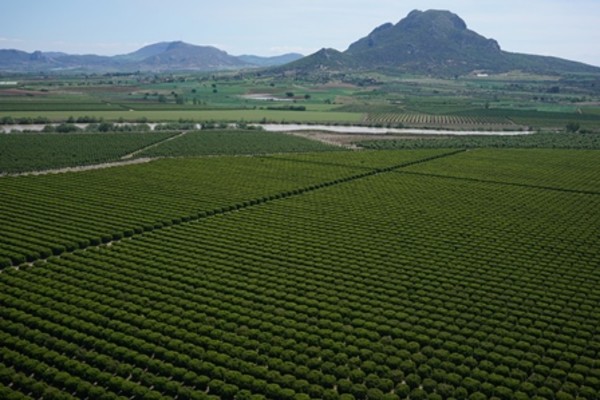 From 19 to 22 February, the GTR MENA Trade & Export Finance week Conference was held in Dubai. It was basically an entire week dedicated to meetings between international operators interested in developing their business in the Middle East and Asian area. This event is organized on a regular basis by the GTR Global Trade Review, and has the great value of discussing on trade and investment opportunities from a non-European perspective and from the point of view of the great Asian and African economies, which are increasingly interdependent and linked to the so-called MENA region (the Middle East and North Africa). In witness thereof, there is the number of participants in the event: on 683 delegates only 12% came from Europe, and 1% from America. The others were from Asia and Africa. The region is today in an extremely delicate phase, in which risk factors, especially political, and a huge potential linked to the economic transformation of that area, coexist. The strong commitment of the OPEC countries in the reduction of the supply of crude oil on world markets is creating the conditions for a slow rise in oil prices: an essential condition for the Gulf economies to run both large-scale projects related to upcoming events in Dubai (Expo 2020) and in Qatar (Soccer World Cup 2022), and infrastructural investment plans partly stopped by the fall in oil prices. This trend is, however, according to the analysts of the region, supported by the strong political instability of Lybia and Northern Iraq, where important oil fields are located. It is therefore evident, as reaffirmed in several occasions during the works of the Conference, that the diversification of local economies is now unavoidable. This issue is being discussed for years, but only recently it has become clear how the increase in oil prices is more the result of political factors (and of risk factors as well) rather than the consequence of a growth in demand. For this reason, the demand for oil is probably destined to a long-term reduction. This scenario, with a 69% of export quota of the MENA region linked to oil is no longer sustainable. In the Gulf countries, where medium and long-term strategies are established by very resonant government programs (UAE Vision 2021, Saudi Vision 2030, and Qatar 2030), the objective of diversification is present, with the agrofood sector in a relevant position.

The F&B Food and Beverage sector in JAFZA (a free zone in the north of Dubai) increased by 12% in 2017. The number of operating businesses in one year grew from 507 to 570 with 8,600 employees (from 75 countries: 37% from the Middle East, 24% from the Asia – Pacific, and 10% from Africa), with activities that are in many cases of productive type and that are obviously aiming at serving the entire neighboring region. The establishment of a F&B regional hub is one of the strategic goals set by the UAE Vision 2021, with the objective to improve the economic diversification and transform Dubai in a global economic capital of the Islamic world. The food sector shall become a DFI (Direct Foreign Investments) attractor, by setting up partnerships with major world players, particularly in the Halal food, i.e. the food treated according to the Islamic law. This is not only a prospective objective but already a reality in progess shown by the numbers of the Gulfood 2018 exhibition at the end of February. Moreover, the growth rate of food consumption in the MENA region is estimated up to 2020 at the 6.3% yearly, which is not far from the 7.1% of the world figure. The other element of great attention from the businesses and bodies which attended the GTR MENA week is related to the re-definition of the region’s commercial flows. The Gulf has always been considered as a natural gateway to trade between Asia, Europe and Africa, but today the analysis of data, which is more than ever sophisticated in the era of big data, is particularly significant. The analysis shows in fact alarming signals for Europe. A study by the London Coriolis Technologies provides an estimate of the import-export flows of the MENA region in the period 2017-2021 (compared to the data collected between 1996-2016). Here follows a description of the most significant data for the Italian exporting companies. The main import sector in the MENA region is represented by machinery, both mechanical components and commodities, with 100 billion dollars each for the two-year period 2017/18. The most interesting growth rates concern machinery (2.5-3% on annual average). But what strikes mainly is the position held by the various partners of the region in the great game of global trade. Among the first four buyers of products coming from North Africa and the Middle East are, in the prospect 2017-21 respectively China, India, and Turkey. To tell the truth, the first place would be occupied by Switzerland, a European country, but its role as trader of precious metals is well-known. Moving on to examine the supplying partners – always in the next four years’ prospect – the framework is confirmed: China, Germany, Turkey, the USA, India and Japan in order of importance for the growth rate of their exports. For Italy and France an alarming decrease is being estimated. In this context, the analysis of data should make one reflect on the reorientation of the flows of these countries towards Asia and towards Russia and Turkey for some specific sectors. The focus should be on this structural change, with a closer look at the Gulf countries, and by taking into account their final destinations in India, China, the Far East, and Eastern Africa.

In this direction are looking the international investors who – according to the data provided by the Washington Institute of International Finance – will invest 224 billion dollars only in 2018. A significant part of this money – equal to 40 billion dollars – will go to Saudi Arabia but a non-secondary quota will be destined to strengthen the infrastructures of the Gulf area, which are the main trump to protect the south-south trade between Asia and Africa.

In this framework, some considerations shall be dedicated to the role that Africa will have in the trade of agrofood and agroindustrial products. In Africa, the fall in the price of the main commodities of the continent (such as oil and copper) is having at least two important effects in the agrofood sector. On the one hand, a further boost to the diversification of products: for example, the Ivory Coast, a traditional cocoa supplier (together with Ghana), pushed a lot on the cultivation of fruit, cashew nuts and hazelnuts, and started to invest in transformation activities of these products that are currently delocalized in India and Vietnam. Another emerging trend in the countries of East Africa, such as Ethiopia and Kenya, is that the drop in the price of oil (of which they are buyers) is supporting the increase in investments in the production of tea, coffee, spices, plants, flowers, fruit and vegetables.

In these trends, the Gulf, and especially the Arab Emirates, play a leading role in the field of financial services and logistics. To be part of these south-south flows, the European businesses shall have local headquarters to allow the promotion of their products, the management of warehouses and spare parts, as well as the after-sales assistance right at the hub of the transport routes. Moreover, the UAE are consolidating the presence of financial and technological services that can be defined as technological innovation able to produce financial innovation (from crowd-funding to instant payment, and from blockchain to big data, among others.)

A relevant role is represented by the digitalization of documents and by the technologies for the decentralized validation of transactions. As a consequence, there will be a strong reduction in paper documentation (from invoices to bills of lading) that accompanies each shipment and that is often the condition for the finalization of payments. In this specific business, there is not only a competition between financial services companies but also between the great players of the naval transport that, in financial and technological terms, are able to speed up the financial transactions and play a leading role in funding the supply chain. Once more, the Italian businesses are called to meet a complex challenge in order to conquer distant and difficult markets, grasp the geopolitical evolution, interpret the evolution of flows and, finally, monitor the growing relations between logistics and finance. 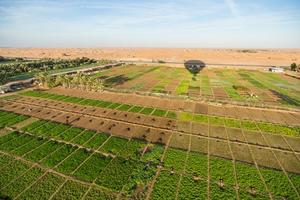 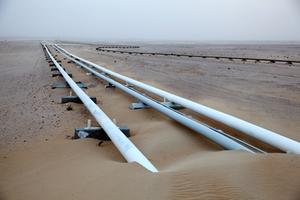