Over the years, the Savigliano fair on agricultural mechanization, keeps establishing itself as an important sector event. At the heart of the Piedmonts fair, the most innovative products are displayed, with a particular focus on digital technology for quality productions. Competitions, B2B meetings, and thematic in-depth studies have completed the overall picture of the event, held in a region that has several agricultural machinery manufacturers 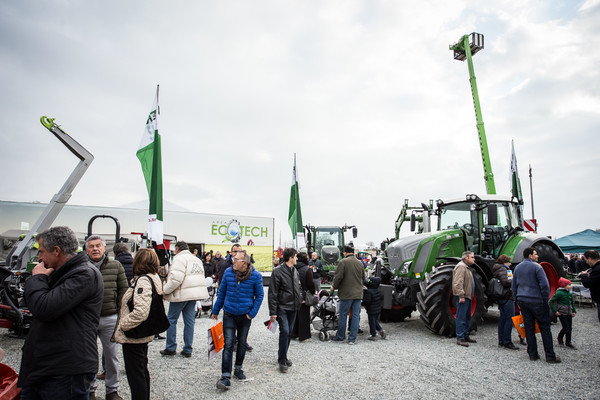 The 38th edition of the National Fair of Agricultural Machinery was held from 14th to 17th of March in Savi­gliano, in the province of Cuneo. Organized by the Savigliano Foundation Ente Manifestazioni, the fair was hosted on an area of ​​49 thousand square meters and registered the presence of over 300 exhibitors and 60 thousand visitors (counted for the second year with the control system at the entrance turnstiles). During the inauguration ceremony, held on the morning of Thursday 14th, the awards of the Competition for technical innovations and for the Entrepreneur of the Year Award were delivered. The Competition, organized and managed by CNR-Imamoter, awarded a total of ten prizes, seven novelties, and three technical mentions.

Amongst the most important novelties there are the Landini Rex 4 model DT 120 GT by Argo Tractors, a mid-range tractor equipped with high-performance devices for comfort and safety of use; the Dosa - Droplet size adjustment by Cima, an atomizer that allows to adjust the nozzles in order to change the size of the drops of the product according to the climatic conditions, and the Adaptive load management system by Merlo, a device applied to the telescopic lift for absorbing the frontal impacts to reduce the forces generated by collisions.

Amongst the mentions, there is the emergency braking device of the saw blade of Ricca Andrea’s sawing machine, which in case of necessity allows disconnecting the power transmission to the cutting disk. The Entrepreneur of the Year Award, promoted by Arproma (Association of Auditors and Producers of Agricultural Machines and Equipment), now in its third edition, was awarded to Domenico Meritano, who in 1957 founded the namesake company in Villanova d’Asti that produces milling machines, shredders, and harrows. Ninety-year-old Meritano has long entrusted the company to his children and grandchildren who keep managing it through innovation and having the customers satisfaction and esteem as their main objective.

The Agrimedia Pavilion has welcomed moments of information and debate on digital and precision agriculture, innovation and sector regulations. A workshop has been dedicated to this last topic, promoted by the main actors of the agricultural mechanization chain, with talks of revision, driving qualification and Mother Regulation. Speakers at the meeting were Renato Delmastro of CNR Imamoter, Luciano Roccati of Apice, and Domenico Papaleo and Lorenzo Juliano of FederUnacoma Technical Service. B2B meetings were held on the eve of the event at the “Crosà Neira Don Mario Salvagno” Multipurpose Room in Savigliano, with the participation of foreign operators from Eastern Europe - in particular from the Czech Republic, Russia, Serbia, and Hungary - in seventy meetings with manufacturers of agricultural machinery from Cuneo.  Great satisfaction for the good results of this edition of the event was expressed by the president of the sponsoring foundation, Andrea Coletti: “Renewing the Fair from year to year was the mantra, the compass, the categorical imperative, the key to understanding that in recent years we have embraced, shared and applied - said Coletti - and the Ente Manifestazioni Foundation has seriously promoted and invested in this project, and also the public has not hesitated to pay tribute to an event acknowledged by so many people”.

The guiding themes of the Savigliano exhibition

Technologies and events at the Savigliano exhibition

The Savigliano fair: the innovation in agriculture

Fiera di Savigliano: story of the land worth telling 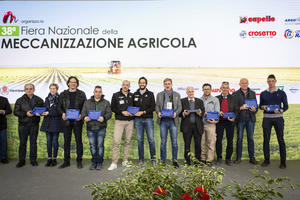