Back again the appointment with Agriumbria, the most important agricultural fair-market which annually hosts an increasing number of exhibitors in central Italy to illustrate, to an increasingly aware professional and generalist audience, the tradition and last trends of the Italian agriculture with a focus on agricultural machinery, animal husbandry and food products 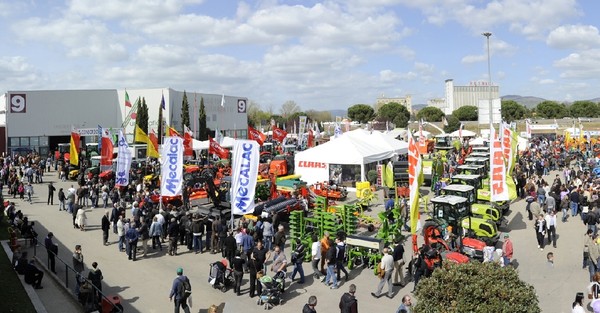 Back again the appointment with Agriumbria, the most important agricultural fair-market  which annually hosts an increasing number of exhibitors in central Italy to illustrate, to an increasingly aware professional and generalist audience, the tradition and last trends of the Italian agriculture with a focus on agricultural machinery, animal husbandry and food products

Several companies have been left out, due to lack of space, from the 2015 edition of Agriumbria, the agricultural exhibition held in Bastia Umbra (Perugia) from March 27 to 29. The event, arrived this year at its 47th edition, has seen an increase in the demand for participation from companies operating within the broad product categories hosted – machines and products for agriculture, animal husbandry and food production – so as to convince the promoter UmbriaFiere to look for new logistic solutions to expand the exhibition area. The event records in the first day, as usual, an opening ceremony with the participation of local authorities and representatives of organizations and institutions. The mechanical and agricultural sector is widely represented in Bastia Umbria for the number of participants and the range proposed, with the leading brands and their head offices: the 80% of the exibited machines is sold during the exhibition. The dedicated Salons Oleatec, Bancotec and Enotec welcome innovative machines and tools for the processing and storage of olive production, wine and livestock, which represent a crucial added value for the primary sector. Regarding the livestock sector, the historical strength of the event with a rich programme of exhibitions, auctions and markets – organized in cooperation with the Italian Breeders Association AIA – was promoted in the Agriumbria in Tour Project, with a series of meetings to present this section of the event to the operators of regions such as Abruzzo, Basilicata, Puglia and Campania last February, for which were also provided facilities for visiting the exhibition. Agriumbria, defined as the centre of the excellence in the production of meat, hosts among others the National Exhibition of Limousine and Charolais cattle registered in the Herd Book Charolais coming from Lombardy, Tuscany, Lazio, Umbria, Basilicata and Sardinia, with a competition which takes place on Saturday, March 28th in the central ring. Regarding the conference programme, the University of Perugia will organize events and meetings on the themes of “Technological innovation for sustainable agriculture” and of the “Livestock Chain” within a larger project of study connected to Expo 2015, which involves all departments of the University of Perugia in cooperation with other public and private institutions in Umbria.

The Mech@griJOBS, promoted by the National Union of Agricultural Machinery Traders and dedicated to the new professions of the target market, makes its debut this year in Umbria after the positive experiences of its activities recorded at Eima Bologna and Agrilevante in Bari. The initiative includes a series of meetings between students of the last classes of technical institutes, professional schools with electronic orientation and agrarian institutes and the world of agricultural machinery manufacturers, for the presentation of the new emerging professions: the mechatronic operator and the commercial technician 2.0. The meetings are held in the Meeting Room (Sala Riunioni) in Palazzina 1 of the Trade Fair. FederUnacoma and Mondo Macchina will attend Agriumbria at Stand 13 in Pavillion 9. 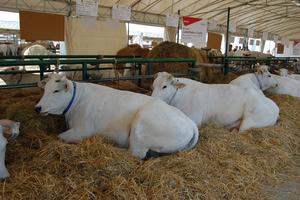