The seventh public event dedicated to the scenarios of agricultural machinery at a global level, promoted by Agrievolution, focuses on the major issues related to the primary sector: technologies for agriculture, training, and "pink" companies. Forecasts are expected on the sector's performance, with scheduled field trials to promote the most innovative technologies 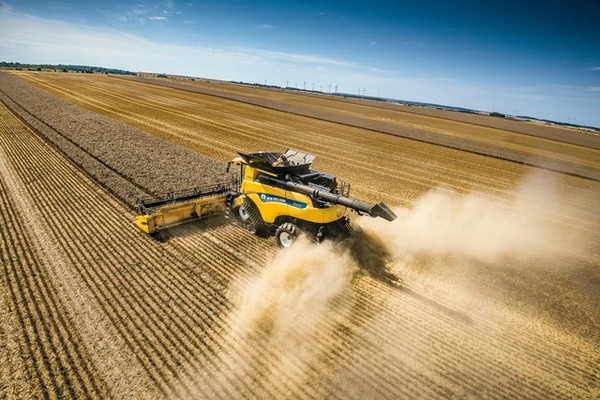 The “General Assembly” of agricultural machinery will take place next October 1 and 2 in Madrid, with the seventh global Summit of Agrievolution, the association that brings together manufacturer organizations from all major countries. The meeting promises to be a full immersion in the field of mechanical technologies for agriculture, attended by organizations and players among the most influential worldwide, to discuss the issues of training, skilled labour, and the application of new high tech systems for agriculture 4.0, as well as technological solutions for those specialized crops which are increasingly important in the agricultural sector (between 2005 and 2017, exports of olive oil, wine, fruit and vegetables grew with double-digit percentages). The political aspects are also in the foreground, with a focus on the role of manufacturer associations. The great social topics connected to the agricultural world also feature prominently, such as the “gender” issues linked to the central role that companies led by women entrepreneurs and staff are gaining in the agricultural landscape. The employment challenge is also in the foreground, as the primary sector seems to be once again an opportunity for many workers. “In the European Union, primary sector workers account for just 1% of the total - says a report produced by Agrievolution - that is to say, a limited component of the population, although it has been growing over time both as an absolute number and as a percentage on the total. This trend should continue through 2025”. The sector’s appeal is changing, and the way of doing agriculture is also changing, because the workforce of the near future will be increasingly specialized, attentive to environmental sustainability, and devoted to the latest technologies. At the Agrievolution Summit there will be plenty of field trials, scheduled for October 2 in the Valencia region, however the greatest anticipation is for the scenario analyses, with data on the global machinery market, which will be presented by authoritative members of the industry. In this respect, the meeting starts with a conference organized by Agrievolution last November within EIMA International. In Bologna, the world association of manufacturers outlined a forecast scenario that indicated, in the short term, a market growth in the United States and India, a decline in Europe and China, and a decline determined by the negative economic situation in Turkey.
However, the geography of the markets will evolve further in the coming years with the growth in demand coming mainly from Asian countries, and with the replacement, in the most advanced countries, of traditional machinery with highly technological means able to achieve quality production at competitive prices.
The push by the industry will have to merge with the agricultural policies implemented in the various regions of the world. On this aspect, linked to the political variable, the Madrid event promises to be interesting.

Agricultural Tractors: India and China have half of the global market

Europe, market recovering over the year

Tractors: uncertainty for the world market