At the beginning of October, the seventh Agrievolution world summit took place in Madrid and hosted 120 delegates coming from 15 countries. The focus was on new eating styles and the growth of specialized crops. The world demand of fruit and vegetable products is constantly increasing and this has consequences on the destination of agricultural land as well as on the market of machinery for specialized crops 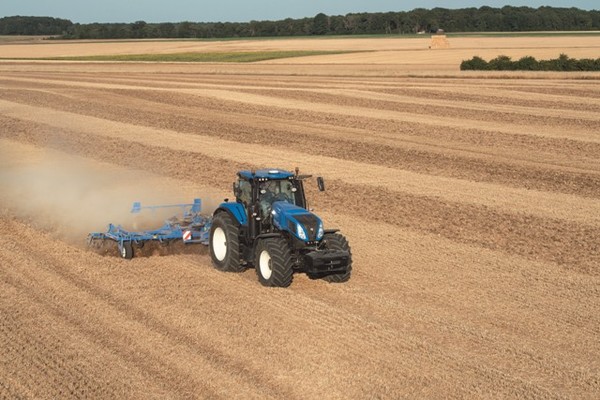 At a global level, a deep change of eating styles and consumption habits is happening and this change is determining new trends within the agricultural production, with a robust growth of high-added value crops – specialized crops – compared with arable crops. This change is also reflected in the agricultural machinery industries which see the demand of technologies for the “new” crops grow consistently. This is the scenario highlighted by the seventh Agrievolution world summit. The event, which took place in Madrid on 1st October at the presence of 120 delegations from 15 countries with the participation of 18 “key speakers”, was in fact dedicated to the issue of specialized crops as well as to that of education and professional training in the agricultural-mechanical field. The summit of Madrid was a wide-ranging meeting, as Agrievolution is the international institution that brings together the agricultural machinery manufactirers (15 associations representing 6,000 manufacturers). Created as a sort of consortium for data exchange on market and production – as it was recalled by Marcello Carraro, representing FederUnacoma, the Italian Machinery Manufacturers Association which promoted Agrievolution for the first time and organized its congress of foundation held in Rome in 2008 – Agrievolution has become over time a real observatory on agricultural mechanization. This event is able to monitor traditional as well as emerging markets, to offer forecasting scenarios based on the development trends of the primary economy in various areas of the world, and to turn the attention not only to the most common types of products but also to those that currently have development perspectives in the near future.

New food consumption: healthy, sustainable and of quality A healthy approach and a more critical cultural attitude are bringing, particularly in the West, to an evolution of the eating styles. The trend established in recent years – it was said during the summit – confirms in fact a progressive substitution of animal proteins with vegetable ones and a decrease in cereals (maize and wheat, first of all) which, however, continue to represent the first source of caloric supply (45% of the total) to the advantage of fruit and vegetable products and of fine foods, such as those of the wine production chain. Therefore, at the base of this change there is a diversification of the diet which is obviously reflected on the primary sector both in terms of crop diversification and agricultural practice. Currently, the value of agricultural production on a global scale is mainly due to livestock products (51% of the total), followed by arable crops (26%), while high-added value productions such as vegetables, fruit and wine cover the 23% of the total value. However, between 2000 and 2016 specialized crops have grown for cultivated surface (+5.5%), yields (+20.5%) and production (+24%) all over the world. This situation does not seem to show any trend reversal but rather it is stressed by the recommendations of the World Health Organization (WHO) which, in order to prevent the onset of numerous diseases, suggests a daily consumption of at least 400 grams of fruit and vegetables. According to the IHS (on FAO data), in 2030 the value of fruit, vegetable production, and wine cultivation should exceed one thousand billion dollars, with a 27% increase compared with the value recorded in 2017 (722 billion dollars). In the “old continent”, this trend line is particularly evident. Between 2004 and 2017 – explained the Ansemat, the Spanish manufacturers association which organized the summit – countries such as Greece, Spain, Portugal and to a lesser extent Italy (which already boasted a strong specialization in high-added value productions) have seen a marked increase in the importance of specialized crops in terms of production value. To this growth corresponded a decrease, in some cases even very significant, in the share of value referred to arable crops. Even countries like Finland and Norway, in the wake of climate change and milder temperatures have experienced the same dynamics. But another aspect pushes towards specialized crops: the demographic growth. Within 2050, the world population should reach 9 billion (with the biggest increase in China and India), with a consequent leap in the demand for food. Forecasts in the evolution of food consumption indicate that in 2050 the demand for calories in developing countries will be twice the value recorded in 1990 and this will imply not only an increase in the demand of food but also an evolution in terms of quality of foodstuffs. In fact, if already today an optimal use of agricultural resources (limited by nature) is necessary, in the next 30 years it will be even more important, becoming a conditio sine qua non to feed the increasing world population. In the opening session of the summit, moderated by the general secretary of Agrievolution, Charlie O'Brien, it was highlighted that the 35% of the world's cereal production is today destined not for human consumption but for cattle breeding. As it was pointed out by the speakers, this is a dysfunctional aspect of the agricultural production system, since the “reason for the exchange” between vegetables and meat – that is to say how many calories of cereals are needed to produce one calory of meat – is very unfavorable with a ratio of 33.3 to 1. One hundred calories are needed to produce 3 calories of meat, while with a diet mainly based on vegetables (vegetables, fruit, and cereals) those 100 calories would be immediately available for human consumption.

Agricultural machines, a challenge of specialization

For the farmers, the boom in specialized crops opens new opportunities in terms of high-added value productions. For the agricultural machinery sector, this growth represents an important challenge, which is being played not only on the level of productivity but above all on that of sustainability. The containment of greenhouse gases, the lack of water resources, the impact of chemicals on the environment and of the agricultural operations on the quality of soil are salient issues to which the manufacturers must pay great attention. Such issues can be effectively addressed through the design and implementation of innovative machines. The specialized crops industry is characterized by a technological gap in many areas of production. As it was pointed out by the Brand President of New Holland, Carlo Lambro, with regard to fruit crops, only Europe has a fleet adequate to the needs of these productions. On the other hand, Asia, Pacific Countries, Africa, the Middle East and Latin America which also account for the 86% of the cultivated surface, are in fact characterized by low levels of mechanization. This deficit emerges with particular evidence when considering the individual segments of the fruit market. In the olive growing sector (global turnover of 20 billion dollars) – recalled Lambro – only 2% of collection operations are fully mechanized. Also the coffee sector (with the sole exception of the “arabica” plantations in Brazil) is characterized by a poor use of mechanical means, while the cultivations of almonds, olives, bananas and oranges are characterized by a strong demand for harvesting machines. In the wine sector, the demand for machinery seems to focus on machines for soil and crop protection. “Mechanization plays a key role for specialized crops and the mechanical means – said Lambro – must adapt to the specific demands of these types of cultivations, even if some changes, such as emission regulations, are determined by the agricultural policy orientations”. Mark Von Pentz, President of the John Deere International Division of Agriculture & Turf, focused instead on the main trends of the agricultural machinery market. “If Agriculture 4.0 is a reality, and the electrification of mechanical means will be more and more so in the years to come – said Von Pentz – the next step of technological innovation is linked to the transition from automation to autonomy, that is to a large-scale use of the artificial intelligence”. The work in the field will be managed by AI through sensors installed on both the equipment and the tractor which, by accurately monitoring the operational conditions and parameters, will provide the AI with the information necessary to optimally manage the tractor-implement combination. The first applications are already reality and bear the signature of John Deere. The American company has in fact acquired the Californian start-up Blue River Technology which developed the “See and Spray” system, an “intelligent” atomizer that is able to recognize pests and to carry out on-demand treatments only in case of need. “Our goal – said Von Pentz – is to create a system of open architecture that allows us to become like the Apple Store platform, where the applications of other developers can run and connect to the machine”. The phenomenon of crop diversification becomes a salient fact for the agricultural machinery industry, which must face it effectively. “In this way – highlighted Marcello Carraro, CEO of the Antonio Carraro company – in addition to the mechanics for intensive productions and the traditional tractors of vineyards and orchards of traditional derivation, a new type of mechanics, characterized by a more varied and flexible approach, has been developed for fruit vegetables and wine cultivations and it is destined to hilly areas and territories with a complex structure. These high-quality productions cannot be sacrificed in the name of greater standardization of production. With very specific demands – said Carraro – there is a need of non-standard means; where height, width, slope, and respect for the soil turn into fundamental constraints for high-added value crops, alternative and customized solutions are necessary”. Therefore, it is essential to move from a typical standardization logic of mechanical manufacturing to a product customization logic centered on the peculiar needs of the agricultural businesses. “Along with the agricultural diversification – pointed out Rainer Morgenstern, executive director for sales and marketing of SDF – specialized crops can be one of the answers to the challenges of food self-sufficiency and climate change. However, specialized crops have specific needs that require the use of special tractors with features capable of responding to those needs”. In this regard, Morgenstern recalled the different needs of agricultural technologies between emerging and developed countries. For the first ones, the transition from human labor and manual traction to mechanization is still a crucial point, while for the second ones a large-scale application of the Agriculture 4.0 solutions is essential. Different types of machines correspond to different needs. Four-wheel drive tractors with synchronized transmission and stage I/II/III engines for emerging countries; machines with four-wheel steering system, multi-function joystick and applications from Agriculture 4.0 for developed countries. With regard to customization, Ernesto Machancoses, international consultant for specialized crops, underlined the need to adapt the machines produced in the United States and in Europe to the demands of tropical crops in Latin America.