According to the new paradigm of the circular economy, products with components of an organic nature at the end of their cycle are sent to landfills or to incinerators. Instead they are reintroduced into the natural cycles of the biosphere, while technological products that cannot be reinserted into the biosphere can be recovered, since they were made foreseeing their possible re-use at the origin 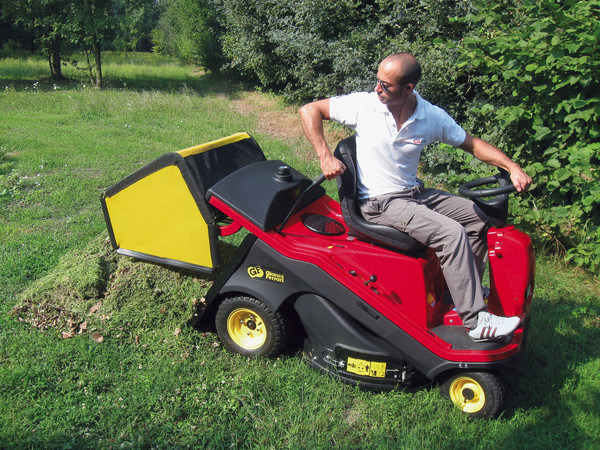 Since the end of the last century, a new vision of the economy has increasingly developed. Facts such as the crisis in raw materials, the overproduction of waste, deforestation and climate change have brought into question the current economic model, dictated by the linear economy. An economy based on the maximization of profit, on the reduction of costs, on disposable products, in the conviction of being able to dispose in an almost unlimited way of large amounts of resources and energy. This linear economic model, known as take - make - dispose, has in fact caused enormous problems at a global level, of a social, economic and environmental nature, global warming being its most evident expression. In opposition to this model, a circular economy was born through a deep raising of awareness, i.e. an economic system designed to reuse materials in successive production cycles, thus reducing the consumption of resources and energy, while minimizing waste.

Among the different definitions of circular economy, the most accredited and comprehensive is still that of the Ellen MacArthur Foundation, which dates back to 2012. The circular economy is thus defined: “A generic term to define an economy designed to be able to regenerate on its own”. In a circular economy, there are of two types of material flows: organic ones, able to be reintegrated into the biosphere, and technological ones, destined to be upgraded without entering the biosphere”. In essence, products with components of an organic nature at the end of their cycle are sent to landfills or to incinerators. Instead they are reintroduced into the natural cycles of the biosphere, while technological products that cannot be reinserted into the biosphere can be recovered, since they were made foreseeing their possible re-use at the origin.

This vision requires a change in the production model and the control of all stages of the supply chain, starting from the initial design phase, naturally taking into account the economic result. Figuratively, the straight line that represents the linear economy model must be bent on itself forming a closed circle, so that the end-of-life product, instead of being waste and thus expelled, is transformed into a new resource. The concept of end-of-life is replaced by that of transformation. All this with an ecosystem-type approach, based on the use of renewable energies and the progressive abandonment of fossil energy. The abandonment of the consumerist approach to move towards the sustainable one, not only environmental, but also economic and social.

Cross-fertilization is part of the circular economy model. This model implies that materials defined as waste in one type of production can become raw materials in another, thanks to the creation of cross-cultural and cross-sectoral exchanges. In other words, interactions must be put in place between different skills and experiences, to create something different, be it a new product or a new process. Based on cross-fertilization, this concept has been acquired over time by various disciplines, including the economic one.

Application to the green sector

The principles that govern the circular economy are naturally valid for all sectors, including the green sector. Regardless of the means used for the creation and management of green areas, the application involves the field of biological components which, instead of being disposed of, can be recycled. In this article we will discuss: the mulching effect mowing of lawns, composting and mulching, biostimulants and mycorrhized consortia. At the base of these solutions there is the principle that the vegetable organic matter and the other nutrients contained in it (nitrogen, phosphorus, potassium…) must return to the soil. All this with the awareness on the part of those working in the sector that organic matter does not have the same mineralization times as mineral products.

When mowing lawns with the mulching effect or, more correctly, grass-cycling, instead of being directly discharged the cut grass is chopped inside the mower’s crankcase and the herbaceous fragments resulting from it are projected onto the turf. In mowing with removal, the fertilized components, nitrogen, phosphorus, potassium, absorbed by the grass are expelled together with the herbaceous biomass. With grass-cycling, in addition to the recovery of the organic part there is also the recycling of the fertilizing elements: the nitrogen is retained in organic form and also the phosphorus is fixed by the soil.

Correct grass-cycling requires more frequent mowing (every 4-6 days) than mowing with collection, in order to reduce the amount of cut biomass, to reduce the decomposition times and thus limit the risk of felt formation. For the same reason, the turf grass must be dry when it is mowed. On an organizational level, the higher number of mowings is partly offset by the machine’s increased work capacity.

The grass-cycling apparatus is made in different versions and can be mounted on machines, both with driver on the ground and on board. The blades of the cutting apparatus are sharp along their entire length and not only in the terminal part. To facilitate the grass mowing, special deflectors can be mounted on the crankcase which direct the cut grass towards the blades in order to facilitate their shredding.

Referring only to city parks, these are large quantities and, therefore, a resource to be exploited through recycling, creating a new supply chain. In Italy, there is no data on the mass of green waste. On the other hand, a study conducted in France in 2015 reveals that the mass of green waste at the national level amounts to 61.36 million tonnes (Mt), of which 60% is generated by tree pruning residues, 28% from mowing grass, 6% from leaves and the rest from other sources. Even in the absence of such data, at the national level we can say that in volumetric terms, the dead leaves collected in a year, depending on the species and the frequency of collection, represent a volume between 140 and 150 m3 each thousand trees. The average production of mowed lawn grass is 15-25 m3 per hectare per year: depending on the type of turf and the cutting frequency, it ranges from 3-6 m3/ha for low-frequency turfs to 25-30 m3/ha for high frequency ones. The pruning residues of hedges and shrubs are of the order of 4 - 5 m3 for every thousand linear metres, while the volume of tree pruning branches, very variable depending on the species and the type of pruning, falls within a range between 150 m3 and 250 m3 for every thousand trees.

For the collection of leaves and grass left on the lawn, the machines used are blowers and vacuum cleaners in their different types, from manual (hopefully battery-powered) to self-propelled. The pruning residues are processed with chippers and shredders; the shredding process also covers leaves and grass destined for the production of compost. Keep in mind that, due to the production of compost, the leaves and all the plant material affected by fungal attacks cannot be used, to avoid the spread of the parasite through the composted product. The same applies to biomass near highly frequented road networks, due to possible contamination by atmospheric pollutants (heavy metals) produced by car emissions.

Shredders with rotor grinding devices are used to process the cellulosic material, while the wood material is processed with chippers with disk devices that lead to the production of flakes suitable for mulching. The use of biodegradable plastic also falls within the scope of the circular economy. The bioplastic for mulching is generally constituted by a cloth of corn starch whose duration is equal to approximately that of a crop cycle, i.e. a few months. The biodegradation of these sheets does not cause pollution and, at the end of the crop cycle, the sheets can be buried with a normal rotary cultivator.

Biostimulants, according to the definition of the European Biostimolant Industry Council (EBIC), are “substances and/or microorganisms that, when applied to the plant or to the rhizosphere, stimulate the natural processes that improve the absorption and assimilation efficiency of nutrients, the tolerance to abiotic stress and product quality”. They fall within the logic of the circular economy because it is about giving new life to organic components. The essential components of these biostimulants are algae extracts, humic substances predominantly from compost and peat, protein hydrolysates obtained from vegetable biomass of legumes and other types of biomass. They are not pesticides or even fertilized, with which they can be combined to increase their effects.

The use of mycorrhized consortia, that is, of a mixture of bacteria and fungi, also included in biostimulants, is becoming increasingly widespread. The mycorrhized consortia are the result of natural strains cultivated using biotechnology techniques (in vitro, sporulation). They act on the root system, which grows significantly, thus increasing the ratio of root apparatus to aerial apparatus. Consequently, the addition of mycorrizes has positive effects precisely at the level of the rhizosphere, where it improves the absorption of mineral elements and the absorption of water by plants, thanks to the greater penetration into the soil of the root system. Other positive effects include: greater resistance to water stress, better recovery of implanted trees, and bioprotection against soil pathogens. They can be applied directly with the seed at the time of sowing, or at different stages of growth by burying the mixture in the soil, or even placed in the pit that will receive new trees.

Mechanization for gardens: the boom in battery-powered models 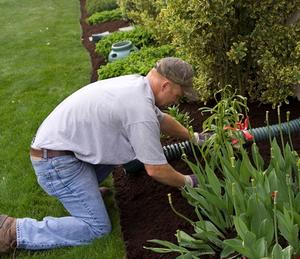 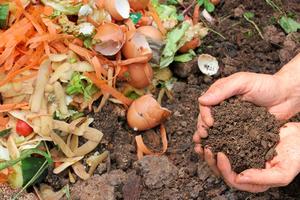 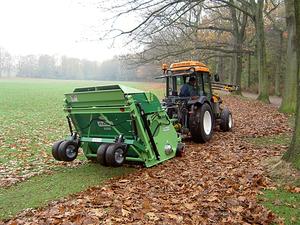