Back
Close Up
December 2019

The next edition of EnoliExpo, the biennial exhibition dedicated to wine and olive oil production chains, was presented to Agrilevante and will be held in Bari from 19 to 21 March 2020, organized in partnership with FederUnacoma. The synergy with the association of manufacturers will highlight the importance of machinery and mechanical technologies for olive and wine production, products of excellence of our country and of the Puglia region 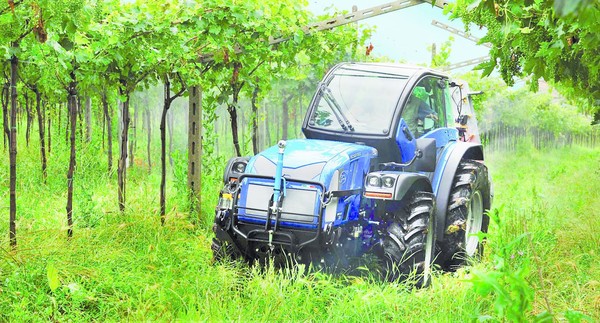 EnoliExpo, a biennial exhibition dedicated to olive and wine production, returns to Bari in the Fiera del Levante pavilions, from 19 to 21 March. The event, now in its fifth edition, was presented to the press as part of the Agrilevante events.

During the meeting with journalists, which opened with a greeting by the Fiera del Levante president Alessandro Ambrogi, the new partnership between EnoliExpo and FederUnacoma, the association of agricultural machinery manufacturers, was illustrated in detail.

The synergy, as was highlighted during the conference, will help enhance the format of an event like EnoliExpo, already popular for its ability to combine the actual exhibition with the thematic in-depth analysis.

“The partnership with the manufacturers - said Sonia Villani, President of EnoliExpo - was created with the aim of enhancing the entire production chain, from soil preparation to final processing, with a particular focus on machines and mechanical technologies. We think of EnoliExpo as a large container where business opportunities go hand in hand with the exchange of information and training”.

In fact, as was underlined by the leaders of the federation, the exhibitions have significantly extended their field of action. “Exhibitions have become the public space that enables the development of multidisciplinary skills and the creation of new business opportunities through a dense network of relationships, especially in a country like Italy, which thanks to its geomorphological features can boast productions of excellence”.

The decision to move the headquarters of EnoliExpo from Fermo to Bari, starting from the edition held last February, is part of the strategic repositioning of the event.

Bari is the economic, logistical and cultural heart of a region that in Italy ranks first in the production of olive oil, and also boasts top-level positions in wine-growing.

“We have been cultivating the project of organizing a review on the wine and olive oil production chain since the first editions of Agrilevante,” said Marco Acerbi, head of events at FederUnacoma, “because Bari immediately seemed to us the natural site for such an event.”

“Organized every two years in even years - added Acerbi - EnoliExpo is a candidate to be an international point of reference for the entire sector, challenging the leadership of the Expoliva show that takes place in Spain in odd years”.

Agrilevante, the livestock section is coming