The gardening machinery and equipment market returned to growth in the second quarter of the year with an increase of 13.5% compared to the same period of 2019. However, the figure for the half-year is still negative (-7% on 2019) because the recovery in sales was unable to compensate for the losses of the lockdown. Boom of atomizers and sprayers (+44%) 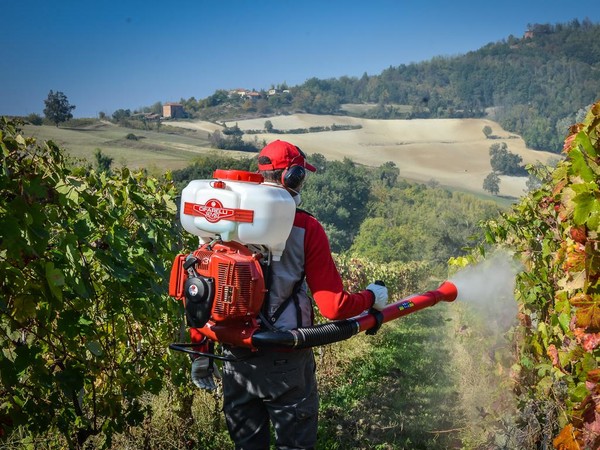 Trend reversal for the gardening machinery and equipment market which, after the heavy decline at the beginning of the year (-23,1%), returned to growth in the second quarter, recording +13.5% compared to the same period of 2019. However, the recovery was not enough to compensate for the severe halt recorded in the first quarter, whose performance was heavily influenced by the lockdown, so the overall figure for the first six months of the year shows a negative balance of 7%. This is what emerges from the data processed by the Italian association of manufacturers and gardenining equipment, Comagarden, and the Morgan statistical survey group.
The growth in the second quarter - explains Comagarden - was influenced by psychological factors, in particular the market sentiment inclined to recover the ground lost during the weeks of stoppage of production activities, and by weather and climate factors, with a spring season particularly favourable to the vegetative growth of plants.
However, the recovery seen in the second semester may also have been influenced by people rediscovering gardening during the quarantine, when, according to a recent survey by Nomisma, 7% of Italians began to garden.
Also according to Nomisma, the audience of Italian green lovers - people who take care of the greenery in vegetable gardens or on the balcony or terrace of their home - reached 19 million, up by 3 million units compared to 2019.
The success of the amateur sector has therefore contributed to relaunching the demand for the main types of machines and equipment for gardening, which, precisely due to the decline at the beginning of the year, closed the first semester down compared to the same period of 2019. Double-digit losses for lawn tractors (-15.6%) and lawnmowers (-12.4%), while brushcutters and blowers managed to contain their losses below 10% (respectively: -9.6% and -9%). Negative balance also for robotic lawnmowers (-3.9%), which still held at levels not too far from those of 2019, while the figure for chainsaws remains essentially unchanged (-0.9%). Neither the trimmers nor the pole pruners are experiencing any crisis; in sharp contrast to the general trend of the sector, they saw sales increase by 6.3% and 11.6% respectively. In this scenario, the strong growth of atomizers and sprayers stands out; in the first half of 2020 they posted +44% compared to 2019.
The strong demand for this type of machine - observes the manufacturers’ association - is explained by the fact that in the past weeks atomizers and sprayers have been used not only for traditional gardening uses, but also for sanitising spaces against Covid-19.
The second half of the year, according to estimates by Comagarden and the Morgan survey group, could see a further slight recovery, for a year-end that should reach a decline of 6.4%. However, market trends in the coming months appear to be characterized by the autumn weather climate. Indeed a season with mild temperatures and good sunshine could be a driving force for the demand for gardening machinery and equipment.