Kverneland and Vicon, innovations in the field

The Kverneland Group Field event was an occasion for the presentation of the Kverneland Academy and put to work various machines manufactured by the Norwegian group. Numerous new features were presented, from the Kverneland Ikarus trailed sprayer to the new Vicon 700 mowers conditioners 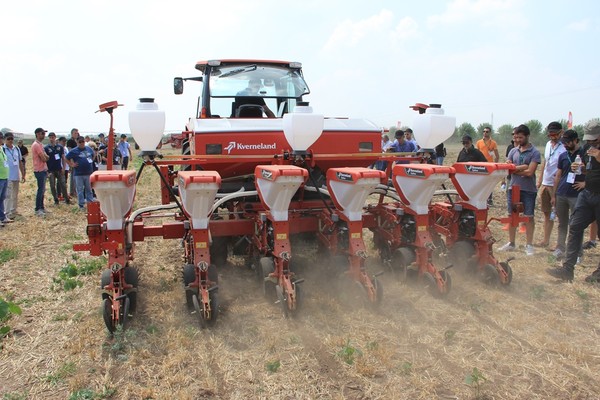 The Kverneland Group staged a Field Event last July 13 in the splendid setting of the Le Colombaie farm in Visano, near Brescia. The event was opened by Eleonora Benassi, the Kverneland Group Italia CEO who thanked the farming enterprise for hosting the day and pointed out the excellence of the 550 hectare farm devoted mainly to maize and mackerel silage preparation and a 1,000 head herd of dairy cattle. For this innovative farming the entire spread is irrigated with a pivot system and Ranger impact sprinklers plus an underground canal which draws effluents to the nozzles located at the edges of the fields to direct distribution on the ground. Benassi said, “Le Colombaie will be out partner for relations with the Kverneland Academy for field trials along with university faculties working especially on various precision farming applications.”

The day was set up for viewing seventeen units of Kverneland and Vicon equipment, ten of them brought in for full field trials. Two of the Kverneland machines were of special interest, the Ikarus trailed tank sprayer with Air Plus and the Turbo cultivator. The sprayer is equipped with 24 vertical folding steel booms with Air Plus sprinklers for a return to the technology developed by Kverneland. This system uses conned nozzles fed by a powerful flow of air driving the solution to form air droplets which penetrate even the thickest upper and lower foliage and stems. This means minimum losses of the plant treatment product and less dispersion in the environment. The Turbo cultivator is built for operations on any type of terrain. The great flexibility of the machine makes it ideal for working directly on crop residues down to the depth of 3 to 15 cm leaving untrampled soil for direct crop sowing.

The event also officially confirmed the launch in Italy of the Vicon 700 Series of rear mounted mower conditioners. The two models presented were the Extra 732R with a working width of 3.2 meters and the smaller Extra 736T which came away from the 2016 SIMA in Paris as a winner in the haymaking category. These models are flanked by the telescopic 7100R based on the 736T concept with a 10 meter working width with front coupling of the Vicon Extra 632FR, both equipped with the Extra cutterbars with 3 knives/disc. The innovative features of these machines are mainly found in their Quattro Link suspensions based on Formula 1 racecar technology. 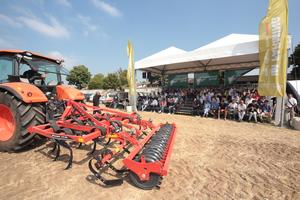 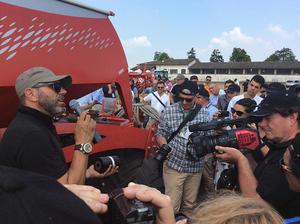