Merlo's stand at EIMA International starred the eWorker model, the first full-electric telescopic handler manufactured by the company from San Defendente (Cuneo, Italy) and forerunner of a new generation of 100% electric machinery. Over the next few years, the eWorker will become the flagship of the Merlo range. The project, called "generation 0", envisages the creation of a family of increasingly green and innovative products designed to eliminate polluting emissions, noise and fossil fuel consumption totally. From this perspective, the strategy followed by Merlo engineers was not to adapt thermal models to electric power but to rethink and completely redesign them, starting - as the manufacturer himself explains - from a "blank sheet of paper". The eWorker, founder of "generation 0", was developed from this approach and offers an innovative machine combining the features and strengths of two very different types of vehicles, telescopic handlers and forklifts. From the boom to the chassis, from the axles to the hydraulic system - states a technical note from the San Defendente-based company - all eWorker components have explicitly been redesigned to maximize autonomy and performance and minimize hourly operating costs.  The power supply system is a new concept. Two-wheel drive models are equipped with two front electric motors (one for each wheel), while four-wheel-drive models have a third electric engine located at the rear of the car, in a vertical position, flanged on the rear axle. This solution - states the manufacturer's note - has proved to be very advantageous as it has allowed not only to place the battery in the central part of the vehicle, thus lowering its center of gravity and improving its stability, but also to increase the rear steering angle (greater manageability) and to improve the electronic management of traction (wheel slip has been completely eliminated). An additional electric motor, the fourth, connected to a Load Sensing hydraulic pump, manages all the movements of the telescopic boom. At the same time, a dedicated electronic control unit regulates the revolutions of the electric motor and the oil flow of the hydraulic distributor. In order to reduce as much as possible the battery consumption - Merlo points out - the descent of the telescopic boom takes place by gravity through a valve controlled by the same control unit. The 2WD lifters have been developed to increase the machine's autonomy, with a maximum steering encumbrance of only 2850 mm, due to a steering angle of up to 85°. The 4WD models have been developed to ensure maximum transmission performance and offer optimum grip on any surface, even off-road. Whether in two- or four-wheel drive configuration, the eWorker is appreciated for its versatility and the wide range of attachments to which it can be combined:   forks, shovels, hooks, winches, mixing and sweeping buckets, aerial work platforms (with overhead self-propulsion). The Merlo electric telescopic handler, which can be approved for road circulation as an operating machine or tractor, can be customized with an open or closed cab and with various optional extras, including a heating system or boom suspension. 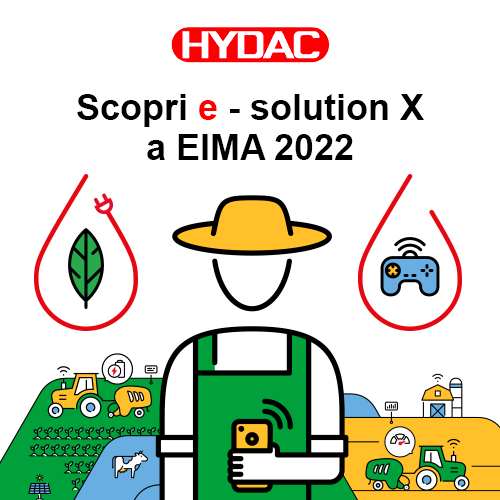