The new path announced by the European Commission to reduce the environmental impact of economic activities risks penalizing agriculture, which already fears the reduction of funds destined for the CAP. Modern agricultural machinery is a safeguard for the environment - says the President of FederUnacoma Malavolti - but it also requires scholastic and professional skills to be able to use it effectively 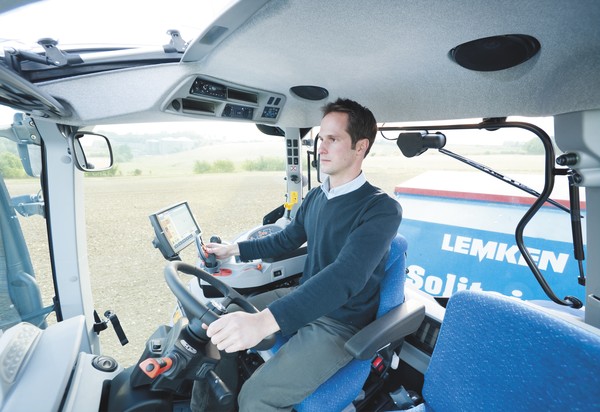 Support for the renewal of the fleet, better management of the RDPs, and different timing for agricultural and automotive machinery in the application of EU regulations: these are the key points for a policy of agricultural mechanization supported by FederUnacoma. In addition to these points, which the Federation of Italian Manufacturers has already brought to the attention of political authorities at the national and community level, there are two further elements that respond to new emergencies, those represented by the European “Green Deal” and by the state of research and vocational education and training regarding agricultural mechanization. With this in mind, FederUnacoma promoted a seminar event in Brussels on January 22 and 23 together with a meeting with the Italian MEPs and a hearing in Parliament. The vast project of reconversion of the European economy towards the paradigms of the green economy and the circular economy - announced by the new Commission - can in fact represent simultaneously an opportunity and a threat for the agricultural sector. Agricultural mechanization, with the technological innovations developed in recent years, has allowed a drastic reduction in the use of pesticides and fertilizers and significant savings in water and natural resources, and this role - FederUnacoma claims - must be recognized. “If the primary sector is interpreted as a key element of any environmental policy - explained the President of FederUnacoma Alessandro Malavolti during the conference held the 29th of January in Verona as part of Fieragricola - then the “green” turning point can bring agriculture to the centre of the political agenda, and the new path will not end up taking funds from the CAP”. However, the evolution of agriculture towards 4.0 technologies and more sustainable criteria requires a heavy investment in terms of school education and professional training.
“Unfortunately - said the President of the manufacturers of agricultural machinery - teaching agricultural mechanics and electronics applied to it is completely insufficient in Italy, just as the system of professional training for employees appears insufficient. On these fronts - concluded Malavolti - the Federation will be tenacious and proactive both with the European Community and nationally”.