Expoagro, many innovations from Argentina 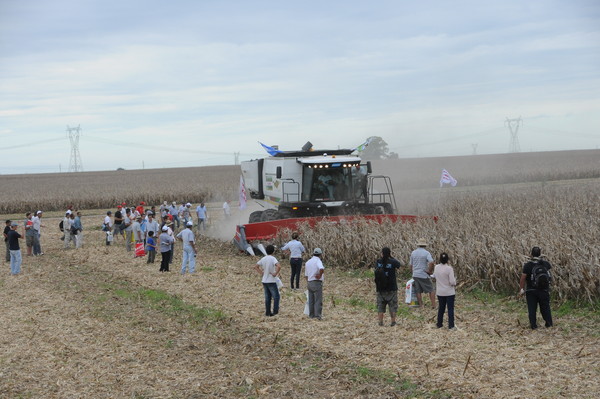 The latest innovation introduced by Expoagro, the largest Argentinian trade fair is without any doubt the new permanent site of San Nicolas in the province of Buenos Aires that, from this edition on, will turn the travelling exhibition into a permanent event (for the agreed period of 15 years), with subsequent structural and logistic improvements. The 2017 sold-out edition of the exhibition, scheduled from 7 to 10 of March, will host the biggest international groups of the agro-industrial sector such as Agco, CNH and John Deere. In 2016 Expoagro hosted 258 exhibitors with 132,000 visitors, 25 international delegations and 350 business meetings. There are huge profit expectations for a growing market, due to the strong propensity to spend of the Argentinian farmers due to the elimination of taxes on grain exports (with the exception of the tax on soybean, which was reduced) approved by the Macri government. The new structure will have a total area of 160 hectares, 90 of which dedicated to the permanent exhibition and 70 to dynamic tests. Also ready are the spaces dedicated to Technodrome, an outdoor arena for competitions and demonstrations with bleachers and the Auditorios, special areas dedicated to meetings and conferences on the main issues of the primary sector. Among the collateral activities of the event, it is worth to mention the first day of the outsourcer in farming, a figure that in Argentina can play the double role of person in charge of carrying out agricultural works for the farm owner and of sharing risks and earnings linked to crops. And still, the ”Joven” section conceived as a meeting point between young farmers, representatives of the academic world, research and business in order to promote talents and create the conditions necessary to the development of partnerships and businesses. FederUnacoma will attend Expoagro with an institutional stand for the promotion of activities to support the Italian agricultural mechanization and give assistance to its member companies.

Agriculture in Argentina, a technological challenge

Expoagro: mechanization for the universe Argentina