Back
Close Up
October - November 2014

FederUnacoma: forms a team in Europe

The members of the board of directors of the Italian federation of agricultural machinery manufacturers met in Brussels with Italian members of the Parliament. The national market crisis, lack of a coherent agricultural mechanization policy, the risk of the relocation of the national industry and the unsustainable costs in enacting some EU directives were under focus at the meeting. The attention of the MEPs is already trained on the first dossier produced by the Commission 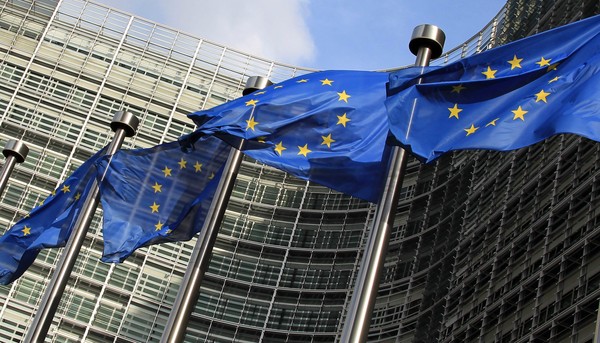 The crisis afflicting the domestic agricultural machinery market in Italy is causing serious repercussions on the system. The plunge in sales of machinery and equipment down to an historic low – tractors sold by the end of the year will not exceed 19,000 units compared to nearly double that number registered in France or Germany – is reducing the profits of the mechanical engineering industry, eroding the production capabilities of Italian agriculture and weakening the agricultural mechanization districts with the risk the relocation of domestic manufacturers to the countries taking in their exports to concentrate their business in the sector there. This was the picture painted by Massimo Goldoni, the FederUnacoma president, for a European Parliament audience held the last September 26th in Brussels attended by Italian MEPs in the new legislature. Present for the hearing of Italian MEPs were David Borrelli (M5S), Nicola Caputo (PD), Lara Comi (FI), Nicola Danti (PD), Elisabetta Gardini (FI), Giovanni La Via (NCD), Massimiliano Salini (NCD), Patrizia Toia (PD) and Marco Zullo (M5S).  Aided by members of the board of directors representing the eight associations in their sectors in his federation, Goldoni emphasized the front rank role played by the Italian agricultural mechanization industry and went on to underscore serious worries about a progressive “disarmament” of these manufacturers on national territory. Conditions already compromised by the sharp reduction of investments for the purchase of machinery by farming enterprises now range to the risk of a dramatic worsening with the application of European Union norms on emissions of specialist tractors designed for operations in orchards and vineyards, one of the products strongly featured by the Italian industry. The qualified federation experts explained that using technologies now available to install  devices for the recirculation of exhaust gas on what are called these “narrow track tractors” for compliance with the upcoming Phase IV requirements would come as an insurmountable obstacle from a technical point of view and would totally altering the narrow tractor type making it no longer capable of meeting the special requirements of operations in fruit orchards and vineyards. These federation experts went on to affirm that unless the Commission steps in with measures to adopt and at least extends the deadline for the application of the norm – now set at 2017 for Phase IV with 2020 tentatively set for the introduction of Phase V – a substantial part of the Italian industry will inevitably be thrown out of the market. Goldoni made the point that keeping pace with a pieces of EU legislation appears increasingly demanding and frenetic, more and more difficult, if one considers that there is the lack of specific research programs for agricultural mechanization and, above all, Italian enterprises are subjected to unfair competition caused by counterfeiting by numerous industries, especially by the emerging countries, and many of these countries are steadily flooding the European market with machines which do not have the requisites required by the EU. The requests voiced by FederUnacoma and discussed in detail in direct dealings in Brussels attracted the unanimous attention of the European Parliament. The dossier on the technical feasibility of Phase IV for narrow tractors will be examined by the Commission in the coming weeks and, beginning in November, the Parliament and Council will begin the first reading of the dossier on the revision of the Directive on exhaust gas emissions of engines for off-road vehicles for Phase V. For the “Italian team” these issues are coming up for the first concrete appointment on these new challenges.