For low and high powers, the assembling and marketing of machinery with transition motors is postponed to 2021. The trade associations’ request for a postponement also for the medium powers, was only partially accepted 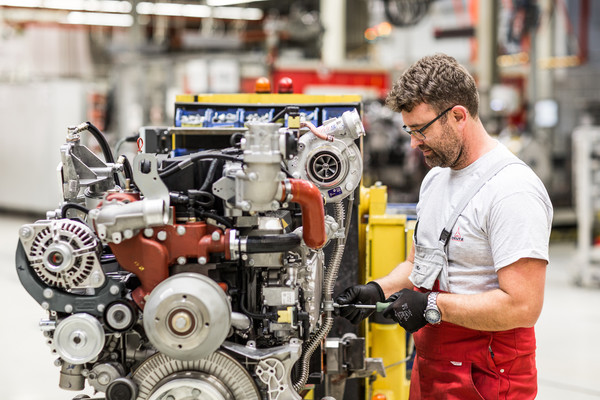 Stage V transition engines’ deadlines in the medium-low power (less than 56 kW) and medium-high power (over 130 kW) classes are postponed to 2021. That was decided by the European Parliament, which has thus accepted, but only partially, the request made in recent weeks by European manufacturers of non-road mobile machinery. The measure will become effective in the next few weeks as soon as some technical formalities of a routine basis have been completed.
Thanks to this derogation, European manufacturers have until 30 June 2021 (no longer until 30 June 2020 as initially planned) to assemble the engines, and until 31 December 2021 (no longer 31 December 2020) to complete the marketing of the machinery. Medium powers (between 56 and 130 kW) are excluded from the measure, for them, the assembly and marketing deadlines were confirmed - respectively - on 30 June 2021 and 31 December 2021. With the vote of the Europarliament, which came after the green light from the European Commission and the Council of the European Union (Member States), the political process started in the past weeks by a group of six European trade associations, representing the sectors affected by the European Stage V standards, is completed. CEMA, for agricultural machinery, CECE for earth-moving machinery, EGMF for gardening, EUnited Municipal Equipment & Cleaning for the municipal utility, Europgen for generating sets and FEM for the handling sector, joined the initiative.  The moratorium call was made following the Covid-19 emergency. The six promoters of the initiative explained to the EU institutions how lockdowns and supply chain disruption (China, Italy, and other EU countries) regarding components and spare parts had created a situation of objective impossibility. The transition engines were already in the OEMs’ possession and were ready to be mounted on the machines, but the lack of axles, hydraulic devices, and components for electronic and lighting systems did not allow the final assembly phase to be completed. In this scenario - the associations warned - it would have been impossible to meet the deadlines set by Stage V regulations (2016/1628/EU and 2018/985/EU, the latter being specific to the agricultural sector).
But without the derogation, the non-road mobile machinery with transition engines wouldn't be unusable in Europe, and this would have forced companies to sell them outside the EU, with severe economic damage that would also have had consequences on employment levels. In short, for European manufacturers, the derogation from the Stage V deadlines represents a breath of fresh air, even if the critical issues linked to medium powers, which represent a significant share of production - especially in Italy - and which have been unfortunately excluded from the measure, remain.