The revival of agricultural mechanization depends on the ability of companies in the primary sector to make investments, therefore on their profitability. Economic output of agriculture – this is one of the central themes debated during the General Assembly of FederUnacoma – can be improved with innovative technologies, sustainable cultivation systems and principles of circular economy capable of guaranteeing production with a higher added value. During the Assembly new elections were also held to appoint new officers 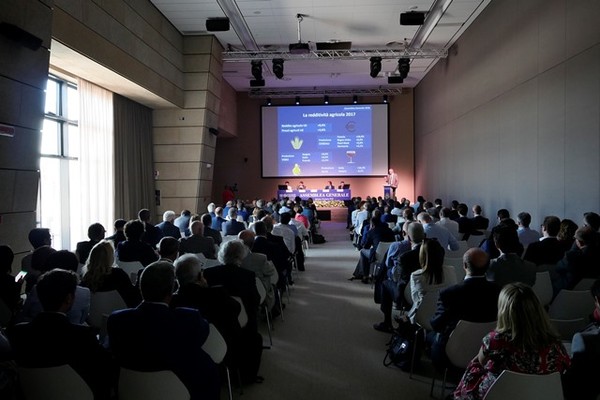 The agricultural mechanics industry produces cutting-edge technologies, but companies in the primary sector are not in a position to buy them. The technologies produced by Italian industries – high performance, wide range, sophisticated digital systems for the control and scientific management of farming operations – play a leading role in markets all over the world, but they risk not being employed in Italy’s agricultural sector. This is the situation described by Alessandro Malavolti, President of FederUnacoma – the association of Italian manufacturers of machinery for agriculture, gardening and components – on the occasion of the General Assembly of the Federation, held this afternoon in Bologna. This paradoxical situation, caused by a decrease in profitability of agricultural companies, drastically reduces the possibility of investments for the purchase of new generation mechanical equipment and technologies. The gap between costs and revenue  – Malavolti explained in his report – has expanded considerably in recent years. In the period between 2005 and 2017, according to ISTAT data, the selling prices of agricultural products have gone up by less than half compared to those of production inputs (fertilizers, feed, energy, etc ...) and this has caused a sharp reduction of the profit margins of businesses. Malavolti also added that the obligations to comply with new EU regulations on mechanical means, which are increasingly pressing, determine an increase in the cost of agricultural machinery‑, making them less accessible for companies in the primary sector, which are increasingly turning to the market of used products, foregoing competitiveness in the area of technological equipment. To be able to guarantee profit margins in the agricultural sector, for the purchase of new generation vehicles, is therefore a fundamental objective, which involves the entire agricultural and agro-industrial chain. To focus on critical factors and identify possible outlets, FederUnacoma organized – during the Assembly – a “working group” made up of renowned economists. During the debate on “A new agenda for agricultural mechanization: an economic analysis, a political proposal” – with the participation of Francesco Marangon, Professor of Agricultural Economics at the University of Udine and Andrea Segrè, Professor of Agricultural Economics at the University of Bologna, chaired by the President Malavolti – what emerged is how profitability of agriculture can be increased, in a medium and long term perspective, under specific conditions. It is necessary to optimize the “capitals” of agricultural enterprises, first of all land, the value of which may be enhanced thanks to the use of innovative technologies capable of better exploiting its potential; secondly, human resources that possess the technical and managerial knowledge on which the company’s activity is based must also be enhanced. The objective – which emerged during the debate – is to increase the added value of production, especially by introducing principles of sustainability and circular economy, which also allow to overcome the limitations imposed by the reduced size of agricultural companies. What was also highlighted is that in the context of agriculture with higher added value, the evaluation of a company will have to be based on its economic outputs rather than on its size, although this remains an influential element in economies of scale. At the end of the debate Malavolti also commented that the Federation will begin to draft its own agenda to be presented to political representatives at a national and a EU level. It will do so in continuity with the initiatives already taken in recent years, with the contribution of the General Council, which on the occasion of the Assembly renewed its memers. 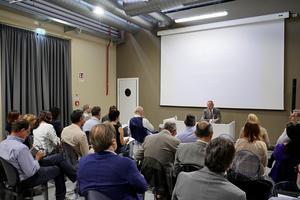 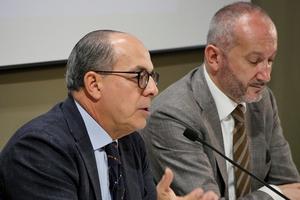