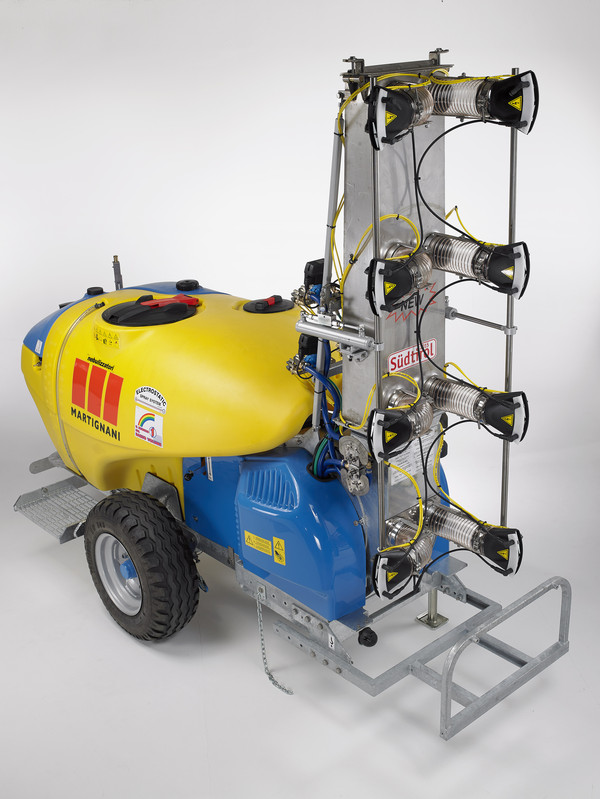 A Special Mention and the EIMA International 2016 Blue Award went to the latest arrival from Martignani, the tangential-flow electrostatic sprayer M612 Multi-Flow “Südtirol 2015”, a machine designed for vineyards and orchards in areas that enforce anti-drift regulations which are even more stringent than EU and national ones. For example, this is the case for crops near inhabited areas or “at risk” environments such as roads and waterways, all situations where the manufacturers of sprayers equipped with fans are forced to block either just the airflow or - simultaneously - the flow of air and liquid. The tangential-flow electrostatic sprayer M612 Multi-Flow “Südtirol 2015” was developed with the objective of meeting these requirements, since the pneumatic pulverization system of Martignani applications does not allow blocking the airflow. The powerful idea behind the new model signed by the Ravenna company is not to eliminate the air, but to use it, depending on the operational requirements, as a protective screen for “sensitive” areas in addition to a means of pulverizing and transporting liquid pesticides. From the point of view of construction, the innovation introduced by the Romagna company provides for the use on the nebulizer of numerous dispensing nozzles with variable geometry, adjustable and pivotable up to 180° (both on the right and the left side ) in a position parallel and opposite to the direction of travel. In this way the machine can work in full compliance with environmental and health regulations, without giving up on maximum efficiency and optimal performance.

From Caffini a new machine for water-powered weeding 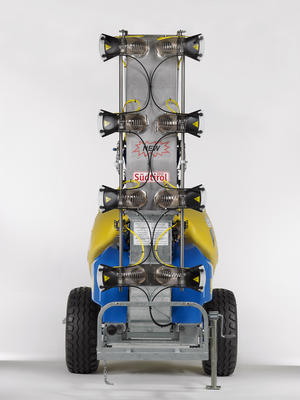