The text of a decree-law defining a new timing for the inspection of tractors and other types of machines bearing a registration plate has been published on the Ministry of Transport website. The dead line for inspections of the first group of vehicles registered before 1983 is postponed for two years but the implementation of the decree-law indicating the relevant control procedures is still not effective 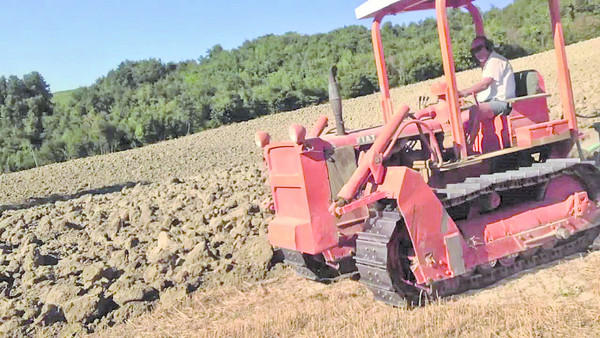 The implementation of the decree-law for the mandatory inspection of agricultural machinery is still in progress. The Interministerial Decree dated 20 May 2015 transposing the provisions of the newRoad Traffic Code and introducing a mandatory and periodical inspection of agricultural machinery for the conformity of all the types of vehicles from 31 December 2015 has not entered into force yet, due to the lack of the implementation decrees concerning the inspection procedures. Meanwhile, the Ministry of Infrastructures and Transport in collaboration with the Ministry for Agricultural and Forestry Policies has extended the timing for the conformity of machinery (the Deferment has been published on the Ministry of Transport website and is about to be published in the Official Journal). After almost four years from the approval of the first decree-law, the deadlines for the mandatory inspections of agricultural machinery have been delayed even further. A new timetable of fulfillments for the owners of machines bearing a registration plate and other types of licensed vehicles (combine harvesters, tractors, trailers, and other operating machines) has been defined. Tractors and other types of machines licensed within 31 December 1983 – according to the timetable established in the document drafted by the two Ministries – shall be inspected within 30 June 2021, while vehicles licensed from 1 January 1984 to 31 December 1995 shall be inspected within 30 June 2022. The vehicles licensed from 1 January 1996 to 31 December 2018 shall be inspected within 30 June 2023. All the vehicles licensed from 1 January 2019 onwards shall be inspected after five years from the date of registration. “The new decree establishes an extension of the inspections – says the President of FederUnacoma Alessandro Malavolti – but at the same time simplifies the timing by regrouping the various types of machines and by establishing a specific timetable of fulfillments for each group, even though this timetable is virtual due to the lack of the implementation decrees”. “This law was, however, necessary – points out the President of the Manufacturers of Agricultural Machinery – to clarify the deadlines for the inspections, which were difficult to follow because of the lack of the implementation decrees”. When the process for the conversion of this decree into law will be finally completed, the fleet of machines operating in Italy will be safer – highlights the Technical Service of the Federation. In fact, we have about two million tractors with over thirty years of age: an inspection will certify the minimum requirements of each vehicle, such as the safety and efficiency of braking system, front and rear lighting system, and tyres, as well as other essential components for its correct functioning, with the aim of restoring the technical features a vehicle had at the moment of its registration. “The new-generation of mechanical means follows much higher safety standards than in the past – concludes Malavolti – but inspections of old vehicles must be carried out, as they represent a step towards road traffic safety as well as the safety of the agricultural labor, this being not only a legal commitment but first of all a moral obligation”.