Back
Waiting for EIMA
March - April 2014

EIMA in the 80's: debates, innovation, and new specializations

In the second decade of life of Eima, the exhibition increased and developed until becoming an important reference point for the market and the political, economic and technical debate. The Competition for the new techniques, the Club of Bologna and Eima Zootech were born 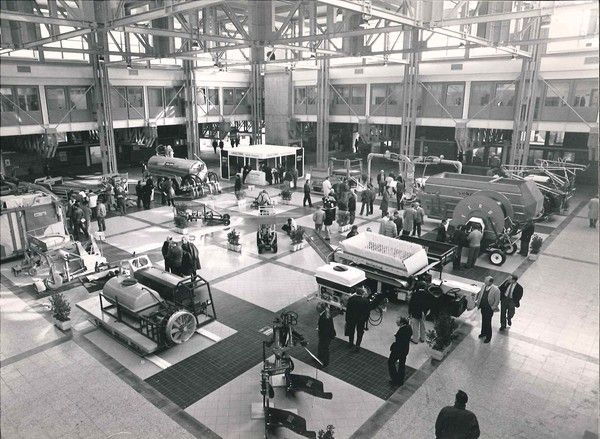 In its second decade of development, between 1980 and 1989, Eima continued to grow and  confirmed the effectiveness of its exhibiting formula. In terms of pure numbers, it rose from 1,190 exhibitors (of which 249 from abroad) at the beginning of the decade, to 1,440 (with more than 300 foreigners) at the end of the period. At the same time, the number of visitors increased from 68,000 to over 80,000 with a huge increase in the non-Italian visitors that, from the initial 3,400 exceeded 8,000.

In terms of exhibition areas and product range, in the eleventh edition there was an increase in the exhibition space, which rose from 68,000 to 72,000 square meters until 92,000 since 1982, thanks to the availability of new indoor halls. The type of displayed products passed from 480 to more than 700 entries, with 15,000 machines on display during the latest edition taken into account, for an estimated value of over 50 billion dollars.

Regarding the performance of agricultural machinery market in the same period, 1980 represented the moment of maximum expansion in Italy – with 65,000 tractors registered in that year, the highest number ever since – while in the subsequent years was registered a decrease in sales that, after a short break in '85, started to rise again in 1989.

From the documentation of the early eighties – especially from the catalogue which still continues to be enriched in contents in order to represent, as well as a support in the days of the exhibition, also a fact-finding tool of agricultural machinery production – arises the spirit of the organizers of the event. “The Eima, commissioned by the Italian agricultural machinery manufacturers and sponsored by Unacoma, is the ideal platform for the presentation to the world of new machines designed to introduce advanced technologies in agriculture, aimed at facilitating and rationalising the work in the fields and breeding so as to increase productivity”; and again: “We are deeply convinced that to meet the challenge of world hunger, mechanization is the obligatory path for the development of modern agriculture and food that is, in the industrially advanced countries as well as in emerging ones, the primary goal of civil societies in the twenty years that separate us from 2000”.

In the summary of the press release of the 1982 Eima edition are quotes from several news agencies, newspapers, Italian and foreign magazines, for a total of 40 titles. Giancarlo Zanfrognini wrote on Il Giornale, at the end of that edition: “Among other things, Eima has the merit to have given a contribution to the diffusion of the image of “made in Italy” in the countries involved in the import of Italian agricultural machinery”.

In 1986 was born the Unacoma Competition for new techniques – which this year celebrates its 25th anniversary – to enhance the innovative products introduced by manufacturers present at Eima: eleven were the awards given in the first edition. The regulation provides that the winners are selected by a scientific committee, composed of academics and representatives of the constructors, for equipment and devices that must essentially meet the following criteria: have an agricultural use, be original, show new factors “both as a whole and in one or more essential elements”, express progress in functionality, usage and technical design.

Still on the theme of innovation, for Eima 1987 was organized a big exhibition dedicated to the research results of the sector, carried out by Italian universities and research centres in order to stimulate the public power when starting a new research project in the sector. This was done in the 70's and the results were illustrated during an event hosted at Eima 1981. To this initiative, that hosted 30 prototypes and 44 posters and that took place in the four-sided portico of the new service centre BolognaFiere, was also dedicated a detailed colour catalogue.

On the convention side, Eima has increasingly become a place of debate and every year recorded the discussion of current issues or measures related to the sector. These are some titles of round tables of those years: “Mechanization Project in the 90's” (1983), “A project for agricultural mechanization of the second millennium: opinions in comparison” (1985), “Woman and machine for the development of the modern agricultural business” (1985), organized in cooperation with representatives of the female professional agricultural organizations, a theme that will be explored again in the following years. In 1986, as a part of the meeting “The policy of factors for agriculture: mechanization”, the then Minister of Agriculture, Filippo Maria Pandolfi, a few days after the approval of the Law of multi-annual expenditure for planned interventions in agriculture (No. 752 dated 8.11.86), announced at Eima that the public intervention from '86 to '90 would have amounted to at least 500 billion lira for the renewal of our mechanical and agricultural machines.

In 1987, the Eima hosted the International Symposium on Agricultural Mechanization (13-14 November), a round table on a “global” level on the future of mechanization among leading representatives of the academic and scienfic world, the manufacturing industries and the institutional and agricultural world, to outline the future trends of the sector, depending on the trend of other models of agriculture. To the meeting took part 34 experts from 17 countries: French, English, Spanish and Italian were the official languages. From the symposium came the idea of giving life to  a board of experts for the exchange of information on the problems of mechanization and for surveys and studies aimed at defining the outlook for the sector, according to the needs of agriculture in different areas of the world. In this way they could meet every year to take stock of the situation and the trends of the international research. Thus was born the Club of Bologna – Strategies for the development of agricultural mechanization – sponsored by Unacoma and officially established at Eima 1988, which held the first of its annual meetings in the 1989 edition addressing various issues such as the state of the art of agricultural mechanization in France, Japan, Italy and the United Kingdom and the application of electronics to agricultural vehicles.

The twentieth anniversary edition, held from 8th to 12th November 1989, recorded a series of initiatives that besides celebrating the important reached target, wanted to take stock not only of the exhibition but also of the reference market. "Twenty years of Eima, twenty years of mechanization" was the title of a symposium and a publication made in that year. The meeting took place on November 11th with the participation of the President of Unacoma Giancarlo Vezzalini, of the Minister of Agriculture Calogero Mannino and Fiat CEO Cesare Romiti. During the debate were illustrated the results of the agricultural sector in the last two decades thanks to agricultural mechanization: with a decrease of 8% in the UAA and 50% in the number of workers in the Italian primary sector, the businesses were able to increase by a third the agricultural production. The Italian industry of agricultural machinery contributed for the 80% to the doubling of the Italian machinery and brought the export level to approximately 50% in 1988, contributing to the balance of trade for 2.17 trillion. The commemorative volume traced instead – with text and images – the most important stages of the exhibition and the Italian mechanization, with the contributions of the Unacoma and Eima Presidents succeeded until then (Giovanni Nasi, Pietro Laverda and Giancarlo Vezzalini), interviews to members of the Unacoma board of directors in office and with an analysis of the historical, political, social, economic and technical aspects of mechanization, treated respectively with contributions of Giovanni Martirano, Massimo Bartolelli and Pietro Piccarolo.

In that same year Eima recorded finally a split, with the birth of Eima Zootech, an exhibition specialized in machinery for livestock that held a simultaneous exposure in the new exhibition centre in Modena. The event, organized in cooperation with the Bologna trade fair organization, under the aegis of which fell also the structure of Modena, and the A.N.C.O.Zoo (Association of Manufacturers of Engineering Livestock) allowed the traditional Eima to have more space and thereby to satisfy a greater number of demands, with a further qualify thanks to the proposal of an event that gathered in a specific context technologies for all types of farming. Five were the commodities sectors characterizing the new exhibition –  machines for avi-burrows breeding, cattle-sheep and goats, fish, pigs and businesses for products processing, as well as different machines for farms – with 215 exhibitors and over 8,700 visitors.

Club of Bologna, history and innovation

The Club of mechanics met in Bologna

Club of Bologna: evolution and perspective of global agricultural mechanization

Agricultural machinery for feeding the world

Agricultural machinery, to feed the world 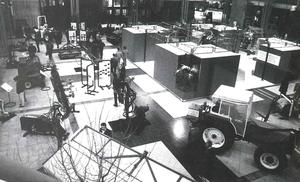 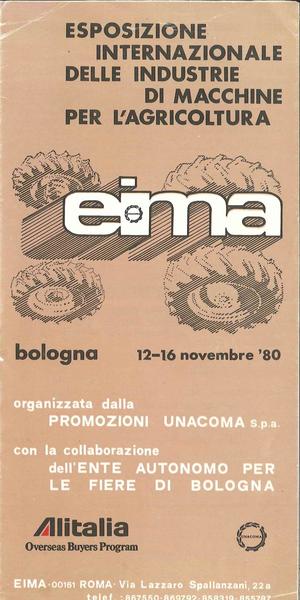 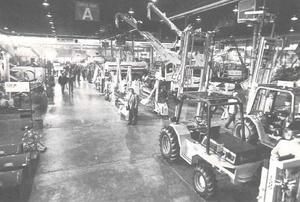 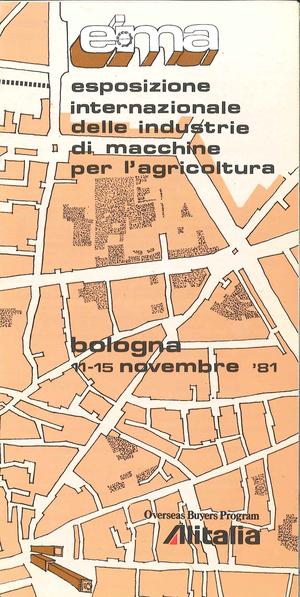 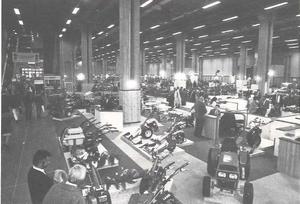 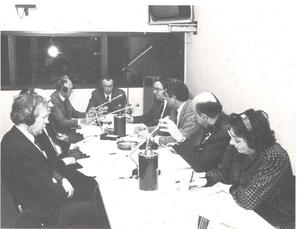 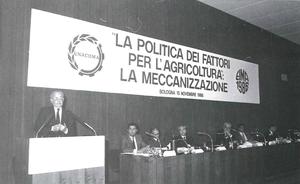 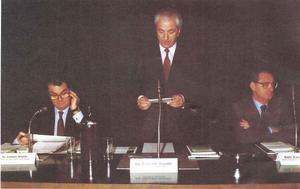 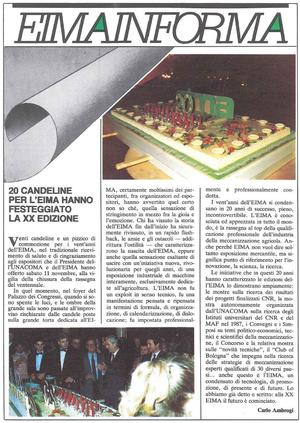 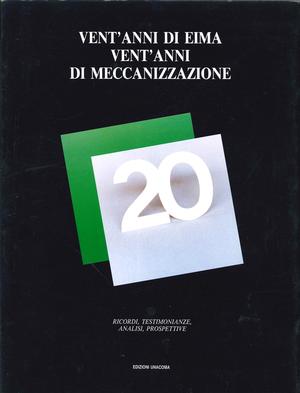 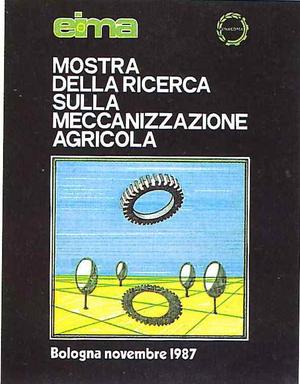 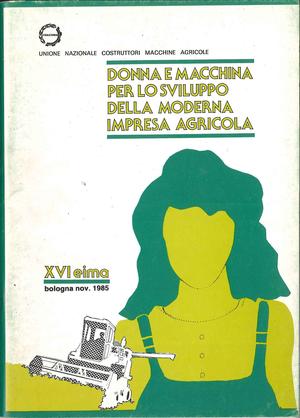 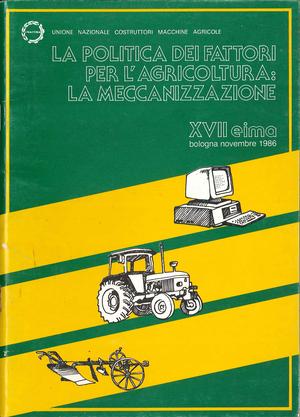 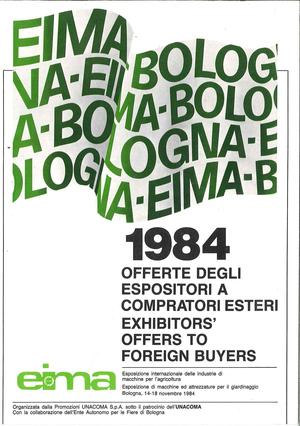 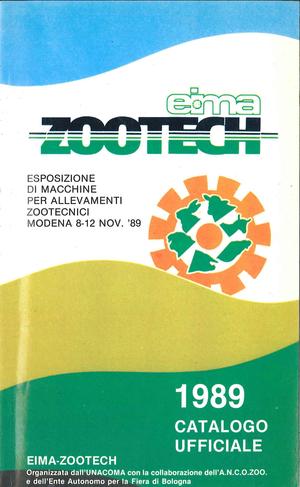