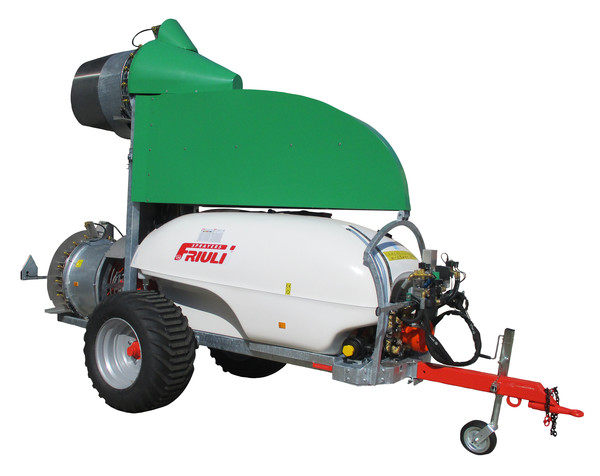 Air Tandem 2000 Noceto is a sprayer developed expressly by the Friuli company Agricolmeccanica (the headquarters are in Torviscosa, in the province of Udine) for the cultivation of walnuts. "This type of cultivation - explains the company with a technical note - presents specific problems, such as the height of the trees (10-12 metres) and the thick vegetation between the rows". For this reason, Agricolmeccanica has developed a specifically designed technology - the aforementioned Air Tandem 2000 Noceto - featuring a dual ventilation system. Both ventilation systems are positioned at the rear of the machine. However, while the first (high-efficiency with air conveyor) is placed at 4.1 metres from the ground, the second is in line with the rear wheels, from where it delivers the treatment for the lower part of the walnut grove. However, the dual ventilation system is not the only innovative technology offered by the Torviscosa company. Indeed, Air Tandem 2000 Noceto is equipped with a wedge-shaped hood able to penetrate between the branches and the vegetation, creating an opening for the upper fan which can thus deliver the treatment to the upper part of the walnut grove. Furthermore, the Agricolmeccanica sprayer is equipped with a double (retractable) protective hood that does not allow the branches and nuts to get entangled in the machine and with an innovative ISOBUS system. Air Tandem 2000 Noceto is 3.66 metres tall during transport, reaching 4.16 metres during the working phase. Equipped as standard with two Flotation 500/45-22.5 wheels for a low impact on the soil, the new Agricolmeccanica sprayer allows access to the tax credits provided for agricultural technologies 4.0. The machine is approved for road circulation according to the provisions of the Mother Regulation.

From Caffini a new machine for water-powered weeding 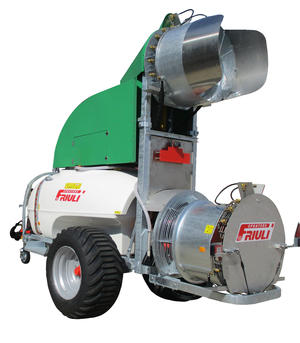